The Mexican drug trafficker who shipped a lot of cocaine for rival cartels is extradited to the United States.

Mexico is extraditing the 68-year-old drug king to the United States after laundering money for El Chapo for decades.

By Adry Torres for Dailymail.com

Mexico extradited to the US a drug trafficker who worked with El Chapo for decades.

Raúl Flores was turned over to federal American agents at Mexico’s Toluca International Airport nearly four years after his arrest.

The 68-year-old reportedly had close ties with the Sinaloa Cartel, formerly run by Joaquín ‘El Chapo’ Guzmán, the Jalisco New Generation Cartel and the Golf Cartel, among others.

He helped launder money for the Sinaloa and Jalisco factions as well as for the Beltrán-Leyva organization.

Flores’ drug ring was even linked to celebrities such as Mexican singer Julion Álvarez and Rafael Marquéz, the former captain of Mexico’s national soccer team. 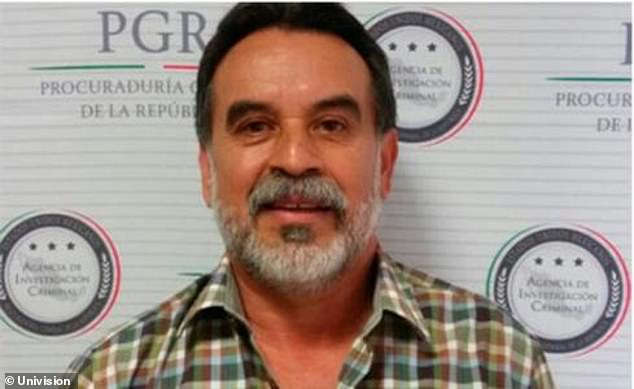 Raúl Flores has been extradited to the United States, the Mexican attorney general said on Sunday. Flores reportedly traded cocaine and laundered money for several competing drug cartels during his 37 years in the drug trade. He reportedly maintained close ties with Colombian cocain

Impeachment proceedings against Trump: The defense attorney draws comparisons with my cousin Vinny

Kasia Lenhardt dead: Jerome Boateng's ex-model killed herself on the sixth birthday of her son

The senators hear arguments on the first day

How healthy is a vegan Christmas? … and can you really tolerate soy turkey made from coconut milk?