NASA established in 1958, is a succeeding the National Advisory Committee for Aeronautics. The National Aeronautics and Space Administration is an independent agency of the US Federal Government responsible for the civilian space programs as well as space research and aeronautics.

NASA is known for several of its initiatives and accomplishments. It includes space exploration efforts, Apollo Moon landing missions, and the Skylab space stations along with the invention of the Space Shuttle. Currently, NASA is overseeing the future of space travel.

According to a recent study by NASA, around 242 individuals from 19 countries have visited the International Space Station. Furthermore, an international crew of six people live and work while traveling at a speed of five miles per second while orbiting Earth about every 90 minutes.

Moreover, in 24 hours, the space station makes 16 orbits of Earth and traveling through 16 sunrises and sunsets. In September 2017, Peggy Whitson set the US record for spending 665 days living and working in space.

In light of this information, let’s take a quick look at some of the interesting stories and details focusing on the Johnson Space Center in Houston. 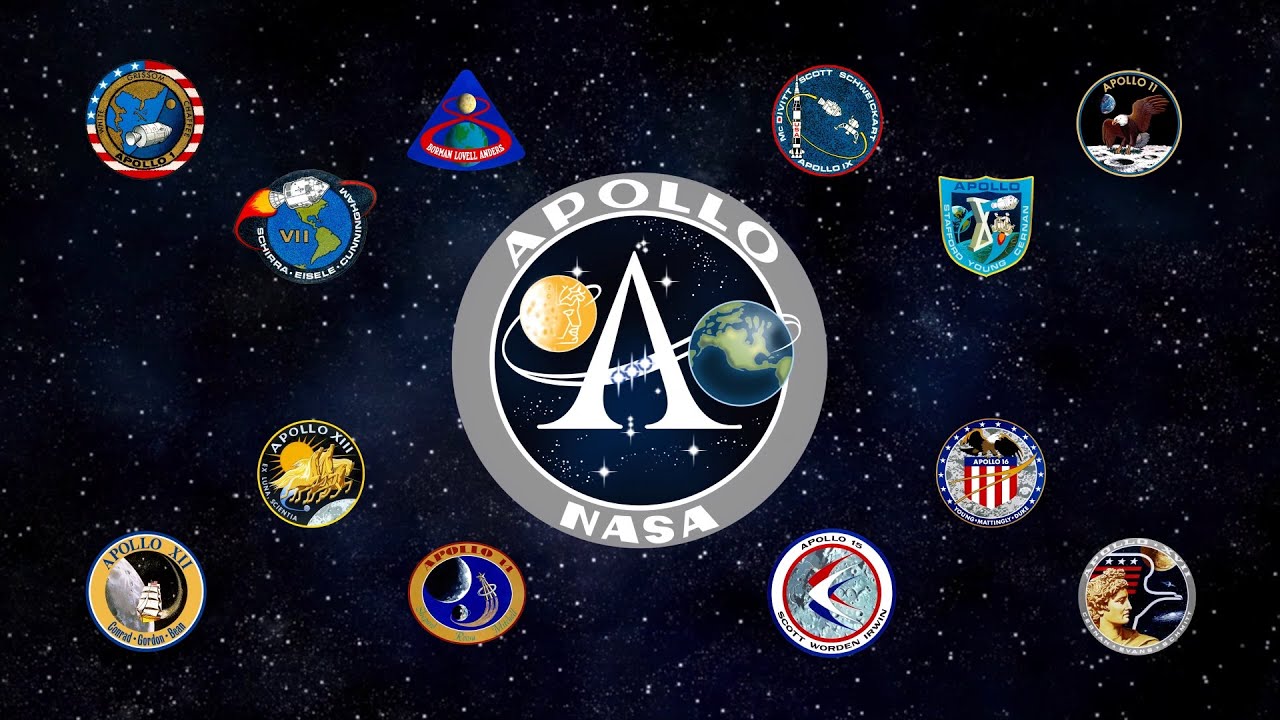 While some of us may be familiar with this fact that apart from housing NASA’s astronaut operations, the Johnson Space Center has also formerly served as a Lunar Receiving Laboratory. This indicates that, astronauts returned from the Moon, were quarantined. Therefore, it also has the majority of the lunar samples stored in its vicinity.

Restored Apollo Mission Control Center was opened for tourists after June 2019. Moreover, one of the artifacts displayed at Johnson Space Center is the Saturn V rocket, which was an American super heavy-lift launch vehicle certified for human-rating used by NASA between 1967 and 1973. 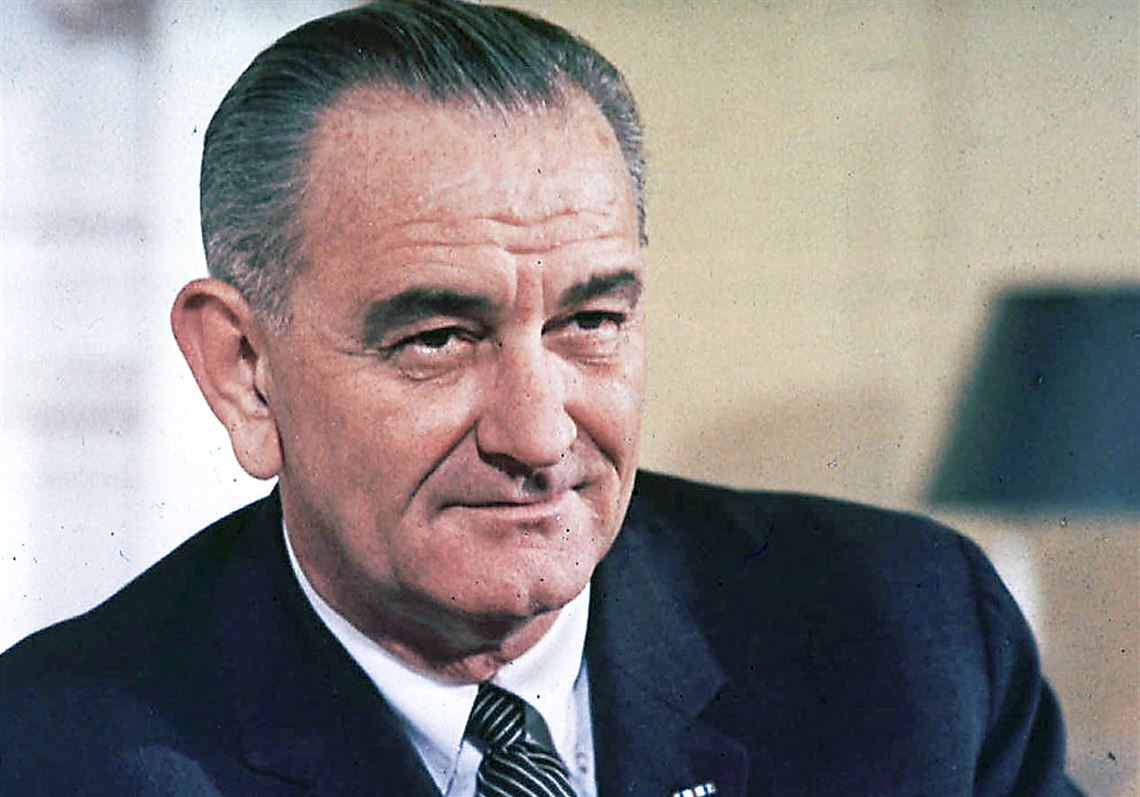 On January 22, 1973, Lyndon Baines Johnson, the 36th president of the United States, suffered from a massive heart attack in his bedroom and passed away while he was 64 years old. After lying in state in the Rotunda of the US Capitol, he was honored with a state funeral and buried in his family’s private cemetery a few yards from the house in which he was born.

On February 19, 1973, after Johnson’s death, President Richard Nixon signed into law a Senate resolution renaming the Manned Spacecraft Center in honor of Johnson for the sake of space programs. Johnson has been a great supporter of space travel, but he was also the Senate Majority Leader who had sponsored the 1958 legislation that created NASA. So in some sense, NASA has him to thank for its existence. 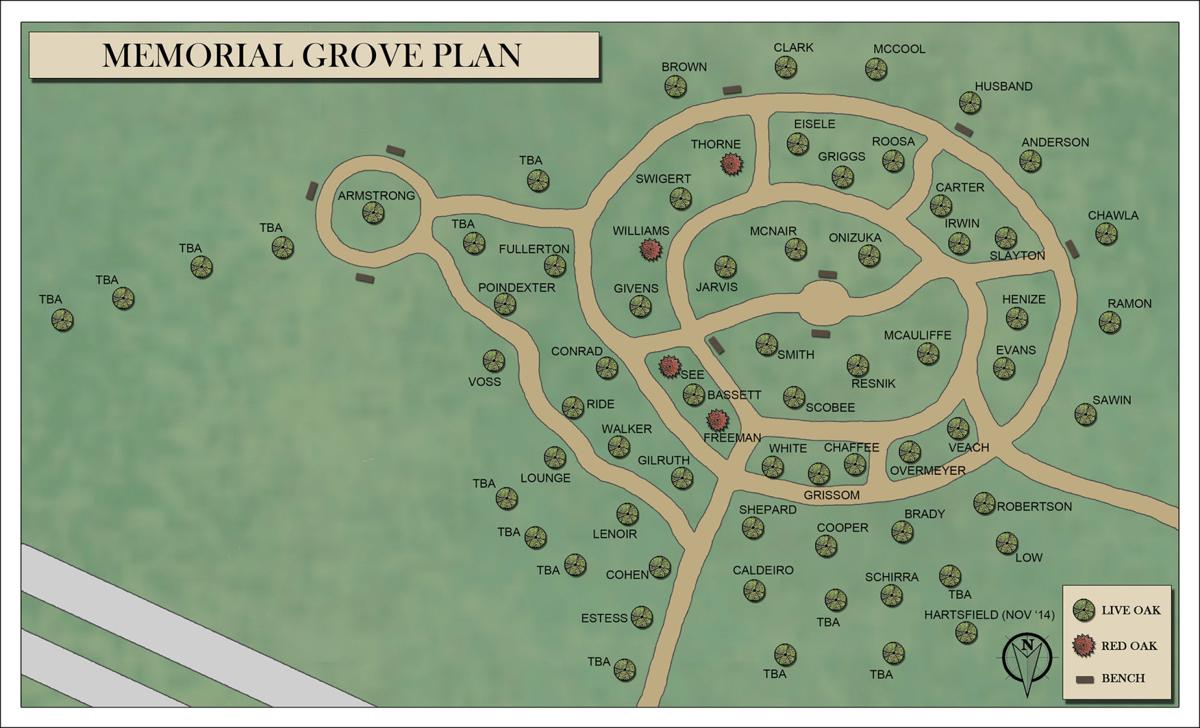 Near the main entrance and the visitor badging center, you can find the Memorial Grove of the Johnson Space Center. This is where astronauts, center directors, and other NASA employees are memorialized. In fact, you can pretty much find trees dedicated to the memory of astronauts, and center directors are in a round cluster closest to the entrance. Other employees are memorialized behind along a road on the facility leading to the main entrance. 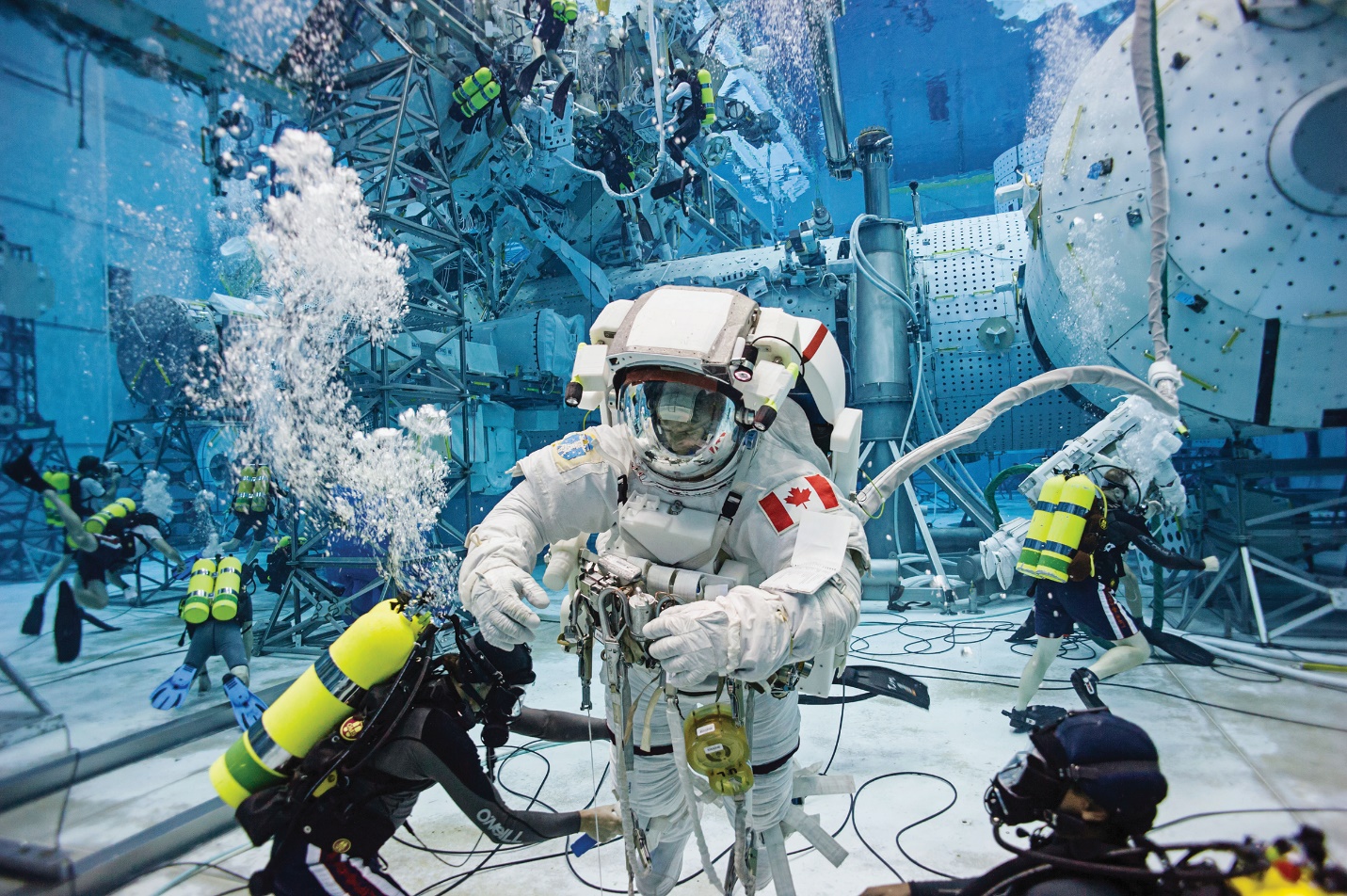 At Johnson Space Center, around 11000 workforce is employed. This center is also famous for training and development of astronauts. Skill and personal development are the key factors to teach the newly hired persons. The workforce include 3200 civil servants and 110 specialized astronauts.

Plus, they are also given exposure to the microgravity of space flight. Candidates maintain their flying proficiency by flying 15 hours per month in NASA’s fleet of T-38 jets based at nearby Ellington Field. 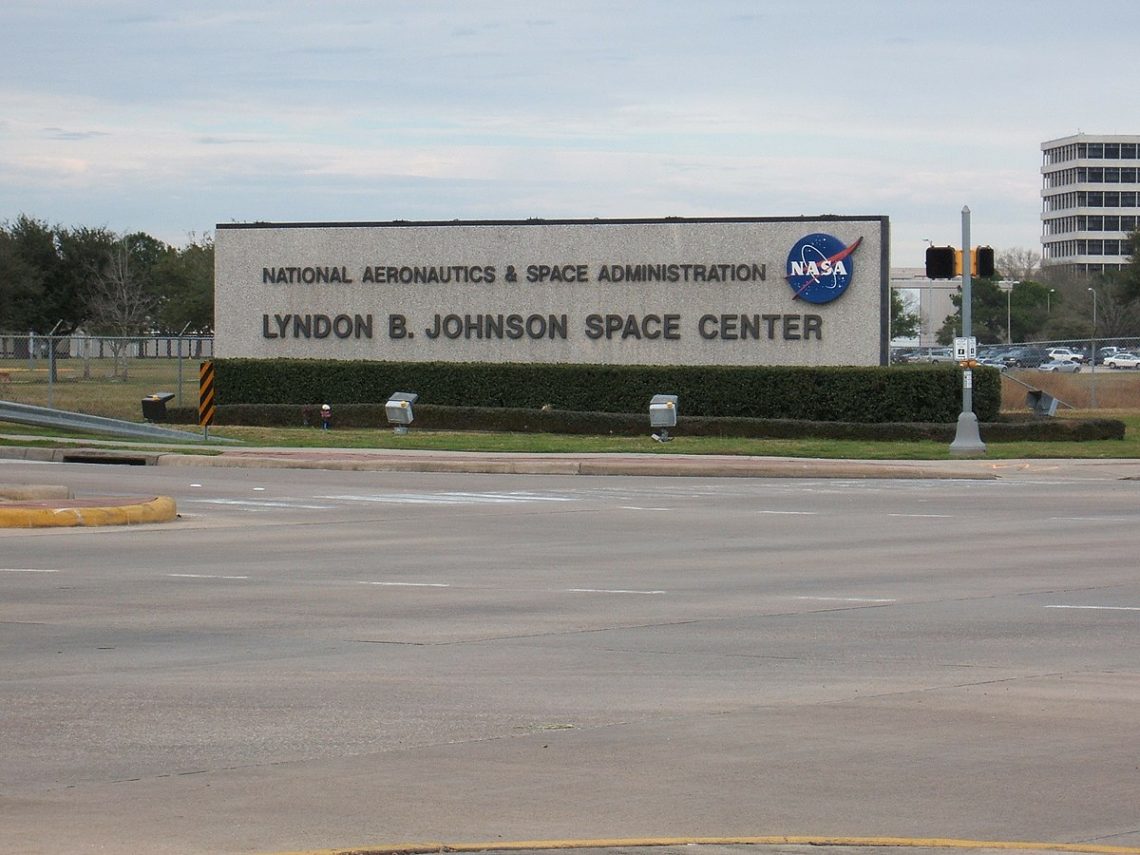 On April 20, 2007, in the Communication and Tracking Development Laboratory in Lyndon B. Johnson Space Center, the Johnson Space Center shooting incident took place. Gunman, William Phillips, who as an employee for Jacobs Engineering, shot and killed one person as well as took a hostage for over three hours before committing suicide.

Police reported that Phillips was under review for poor job performance and was in fear of being dismissed. The victim who was killed was a 62-year old David Beverly, who was shot four times to the chest and killed.

He was an electrical parts specialist employed by NASA. At Crowd Writer, students are always advised to be alert and keep themselves prepared in the unlikely event of a threat or an offender that intends to hurt others. 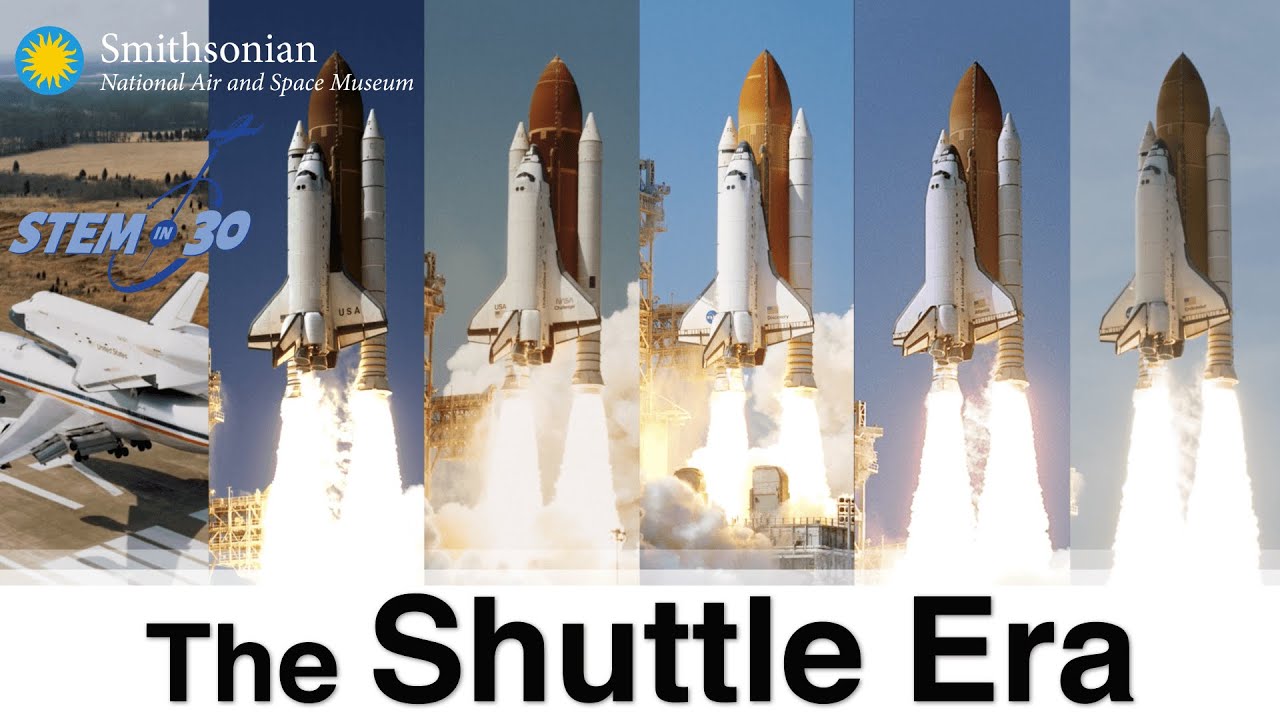 On January 28, 1986, after the Space Shuttle Challenger Disaster, President Ronald Reagan and First Lady Nancy Reagan travelled to JSC on January 31 to speak at a memorial service honoring the astronauts. More than 6,000 NASA employees and 4,000 guests attended the memorial.

During the ceremony, an Air Force band led the singing of “God Bless America” as NASA T-38 Talon supersonic jets flew directly over the scene in the traditional missing-man formation.

A similar memorial service was held at the Johnson Space Center on February 4, 2003, for the astronauts who perished in the Space Shuttle Columbia disaster and was attended by George W. Bush and first lady Laura Bush.

7.     Variety of Buildings at the Center 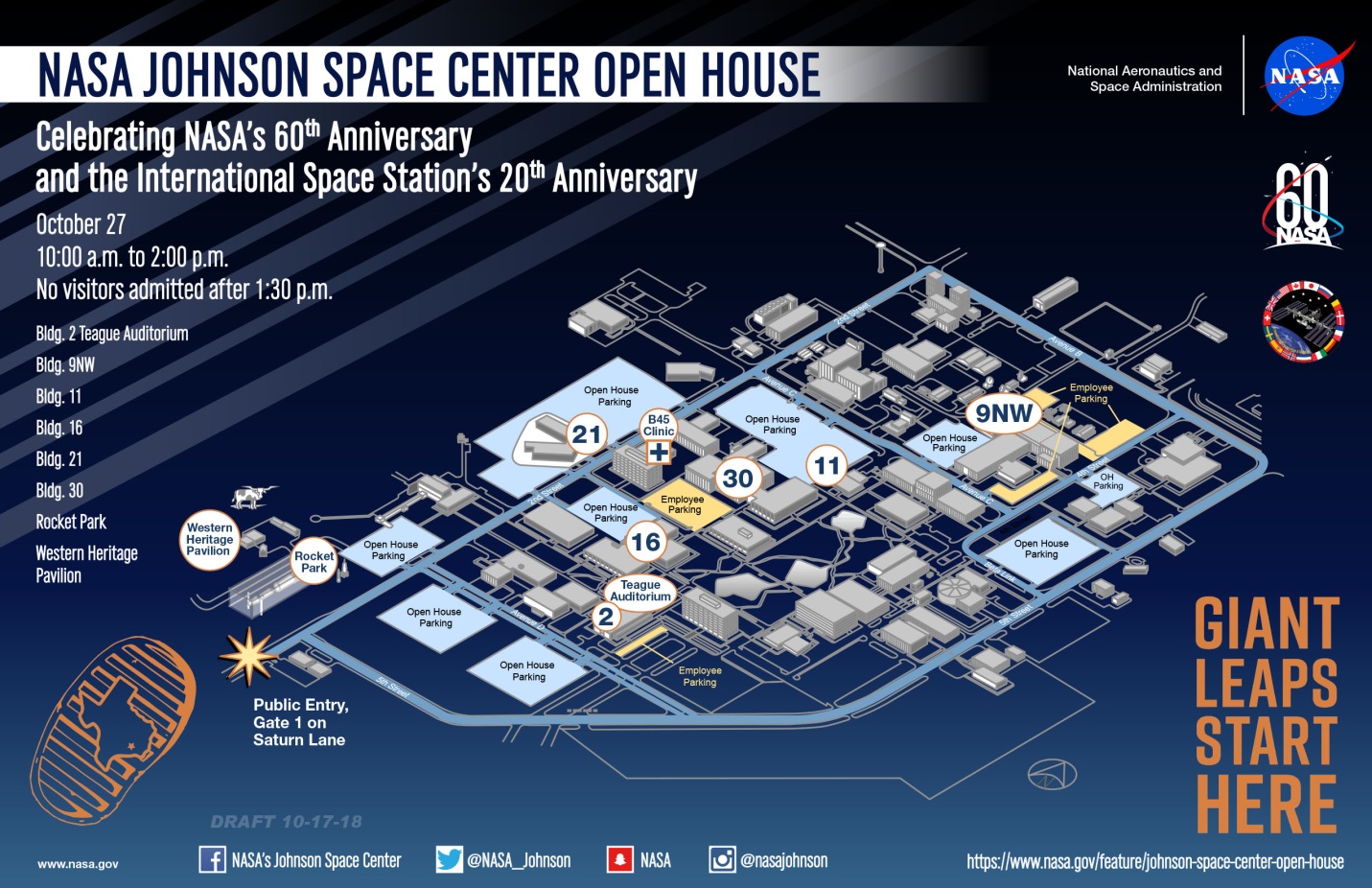 There numerous facilities at the JSC. Some of the most prominent ones include:

The Space Center from NASA at Houston has a lot of history that it has gathered over the years. It consists of a complex of 100 buildings constructed on 1,620 acres or 660 hectares. By 1967 it acquired the nickname “Space City” and soon served as a training institute for both US and international partners.

This place is probably named “Mission Control” or “Houston” because of radio call signs. As popularized by fictional media surrounding the topic.

I hope this post was able to spark the interest you sought in the Johnson Space Center. That is it for now, and don’t forget to consider the rest of the major NASA field centers out there. Cheers, and all the best for your future endeavours!

Stella Lincoln currently works as the Assistant Editor at Dissertation Assistance. This is where higher education students can request professionals to do my coursework in order to obtain specialized assistance for their subjects and topics. During her free time, she likes to surf the internet for the latest developments in tech.

I am Stella Lincoln, currently involved in fulfilling my duties and responsibilities as an Assistant Editor at Crowd Writer. I'm a passionate blogger and I own a blog Object Me, where I write about Health, Education, Management, Entrepreneurship, Marketing. I’ve used the skills learned while completing bachelor’s Degree. My expertise in writing memorable articles for last couple of years. During my leisure time, I surf the World Wide Web for latest tech developments across the globe.

An extension of the Covid lockdown would “substantially” hinder the British economy, warns BCC