Iranian Instagram star “Zombie Angelina Jolie” has been jailed for a decade, her lawyer said a year after she was arrested for her social media activities.

Sahar Tabar, 19, whose real name is Fatemeh Khishvand from Tehran, became famous after posting pictures of her incredibly gaunt face.

Her pictures – which made her look like a zombie Angelina Jolie – gathered her 486,000 followers.

Many viewed the stunt as a joke or social comment, but on October 5, 2019, Sahar was arrested in Iran along with three other female Instagram influencers.

Iranian journalist Masih Alinejad told MailOnline that she spoke to Tabar’s attorney, who confirmed that his client had been sentenced to 10 years in prison in recent days for “promoting public corruption”.

Ms. Alinejad first shared the news on Twitter, writing, “10 years in prison for the Iranian instagramer who used makeup and Photoshop to become a zombie Angelina Jolie. 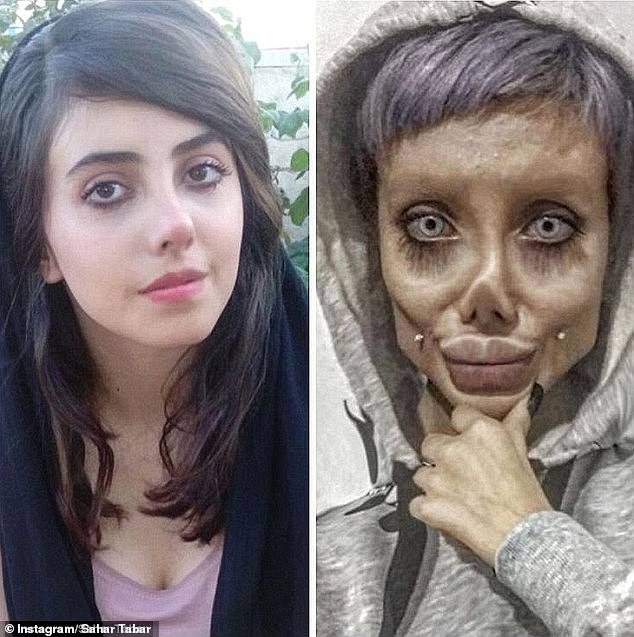 “Sahar Tabar is only 19 years old. Her joke put her in prison,” she wrote. Her mother cries every day to rescue her innocent daughter. Dear Angelina Jolie! We need your voice here. Help us.’

Ms. Alinejad also urged Hollywood actress Angelina Jolie to file a video petition for Tabar’s release. She added: “The Islamic Republic has tortured women in the past. We must be united against this gender apartheid. ‘ 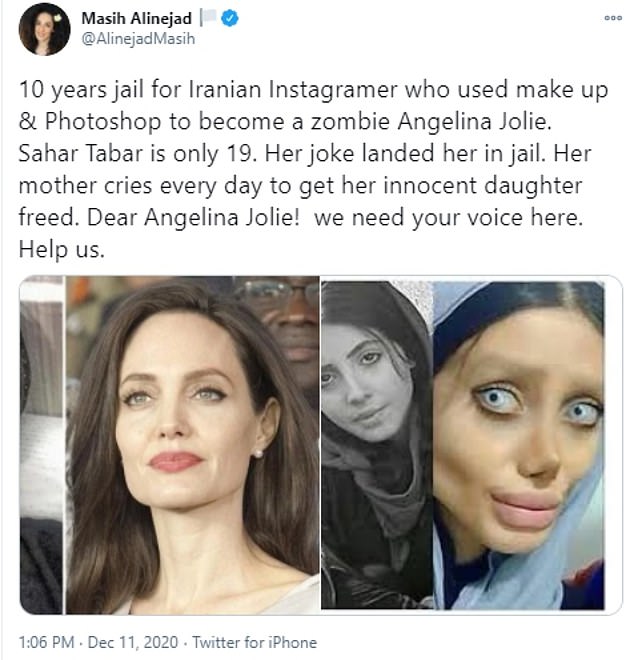 Iranian journalist Masih Alinejad shared the news on Twitter, writing, “10 years in prison for the Iranian instagramer who used makeup and Photoshop to become a zombie Angelina Jolie.”

I urge Angelina Jolie to help a 19 year old Iranian girl who was sentenced to 10 years in prison for transforming herself into Angelina with makeup and Photoshop.
The Islamic Republic has tortured women in the past. We must be united against this gender apartheid pic.twitter.com/Z5Y8yMsY76

She was arrested on the orders of the Tehran Advisory Court, which deals with “cultural crimes and social and moral corruption”.

At the time, the Islamic Republic of Iran Broadcasting Channel 3 (IRIB TV3) said Tabar had been exposed to between three months and two years in prison.

The social media star rose to fame in 2017 after she reportedly had 50 surgeries to make her look like Oscar-winning Ms. Jolie.

She later confirmed in a pre-trial television interview in which she appeared as a “zombie” and her face was mostly blurred that her looks were largely achieved through makeup and editing.

She told the interviewer that they didn’t look like her Instagram pics because they were heavily edited in Photoshop. 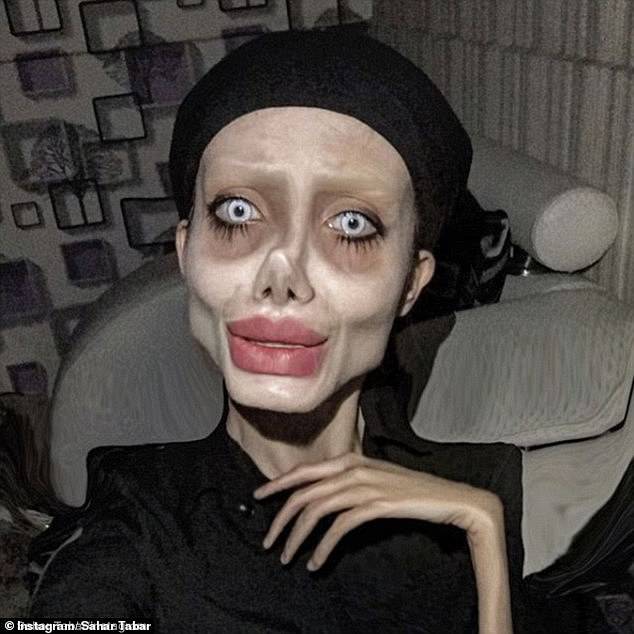 The social media star, whose real name is Fatemeh Khishvand from Tehran, became famous after posting pictures of her scary gaunt face.

Tabar also said that becoming famous was her childhood dream and that, despite her mother’s objections, she continued to pursue her efforts to build her Instagram following.

In July 2019, Sahar unveiled her previous appearance for the first time and gave an overview of her pre- and post-operations.

She later admitted that she had undergone surgery like a nose job, lip fillers, and liposuction, but insisted on most of herunusual appearance is due to makeup and editing.

She said, ‘This is Photoshop and makeup. Every time I post a photo, I paint my face in ever funnier ways. It’s a way of expressing yourself, a kind of art. My fans know this is not my real face. ‘