Detecting Double-Spends in Crypto Payment Apps With This Android Tool

The thing is that unlike paper currencies, digital tokens that are made up of digital files can be copied and faked quite easily. It is one of the main flaws in using and creating digital money, and this problem has somewhat reduced the credibility of blockchain. You could say that double-spending is one of the main reasons why using digital money has not become widespread yet. And look, it’s not the fault of cryptocurrencies themselves. But the ever-growing selection of crypto-related services requires us to deal with this threat immediately. And here’s the good news: there’s a mobile payment app that can help do that. It checks all the details of your crypto-transactions to detect double-spending. So whether you run an online website with games like Magic Stone that accept cryptocurrencies or simply like investing in cryptocurrencies, you can now amp up your security with this useful tool. It’s called PayNoWay. We’ll go into more detail on how it works later. But first, let’s take a closer look at what double spending is in the crypto-world. Ready?

Cryptocurrency Double-Spending in Mobile Payment Apps: What Is It?

In the world of cryptocurrency, double-spending is when a user tries to complete more than one transaction using the same digital tokens. It’s made possible because the duplication of digital files is fairly easy. If the user attempts to spread the two purchases in peer-to-peer transfers, they both end up as unconfirmed transactions. After the transactions are completed, they end up in the digital ledger, where they go through a validity check. Both transactions get validated simultaneously, and this results in double blockchain branches that both start to rally towards the confirmation. Only the winner gets the confirmation.

The best Android wallet apps give both companies and solo users a way to complete the transfers faster. But this usually means that the app is accepting transactions that have no confirmations. A wallet app for Android is not always able to catch a double-spend. You need an additional app for that.

Testing Your Digital Payments With PayNoWay

PayNoWay is the first direct Android pay app that enables you to confirm transactions made via another app. Unfortunately, even the best mobile payment apps these days are not very safe against double-spend attacks.

You can use PayNoWay to test the apps that you or your business use to accept payments in cryptocurrency. The cool thing is that at the moment, anyone can download PayNoWay from the Google Play Store for free. It’s designed specifically for Android devices and is still being in development. This means that new users have the chance to take part in future improvements of the app by leaving feedback about their experiences.

PayNoWay simply checks the details of a transaction and identifies a possible double-spending attempt. It then makes a report about the tests, lists the ID-s of transactions, and gives you the resolutions on every transfer of digital assets. A transaction is labeled as either “confirmed” (in case of a proper payment) or “invalid” (in case of a double-spend).

This kind of effective checking can also further fix problems in the gaming industry. Blockchain technologies are already used on various gaming websites. 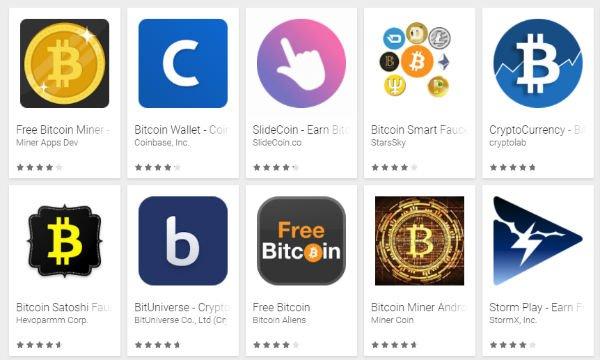 If you love playing video games, you’d be thrilled to know that many popular gaming sites are already accepting Bitcoins. Not all of them allow buying products directly with Bitcoin or other digital tokens. But you can try trading gift cards for digital currencies and then use PayNoWay to verify any transactions you’re involved in.

Here’s a list of companies that make deals in Bitcoin:

You can use Bitcoin to purchase add-ons, live subscriptions, and games on Xbox.

Zynga accepts payments in Bitcoin for games like Chefville, Castleville, and Farmville.

We live in a wonderful age. Mobile card payment apps have become a reality (there’s no limit on Android pay), self-driving cars are getting more autonomous, and innovative blockchain technology is used in almost every industry. And now the crypto-revolution can continue thanks to apps like PayNoWay that make the transactions safer by detecting the fraudulent double-pays. Soon enough, we will be able to pay with bitcoin using our mobile phones in most businesses. We are ready for the future. Are you?

Are you already using the PayNoWay Android wallet app? Share your experience in the comments section.

According to New York, Amazon was unable to protect workers from COVID-19

36 people developed a rare blood disorder after a covid vaccination