Multi-millionaire private equity tycoons who masterminded a takeover which left Debenhams loaded with £1.2billion of debt are facing calls to bail out its stricken pensioners.

The 243-year-old department store firm collapsed after a loss of £491.5million in 2018, buckling under the impact of online competition and a failure to invest in stores and products.

Although the three-year period of private equity ownership ended 15 years ago, its legacy included hundreds of millions of pounds in remaining debt and expensive long-term leaseholds on stores which had been freeholds but were sold, raising £495million. 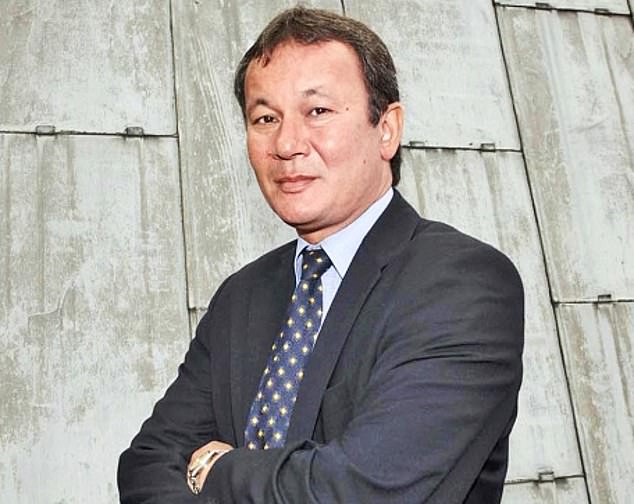 The scale of the 2018 loss meant creditors called in the chain’s £600million debts the following year, putting Debenhams into a pre-pack administration.

Lenders took ownership while seeking a buyer. And the coronavirus crisis resulted in it being put back into administration last April, then liquidation after potential buyer JD Sports pulled out in December.

The deal was organised by Rob Templeman, who went on to be chief executive of Debenhams for eight years and is now chairman of the automotive services firm RAC, along with TPG’s European head, Philippe Costeletos, and Jonathan Feuer, a managing partner at CVC. 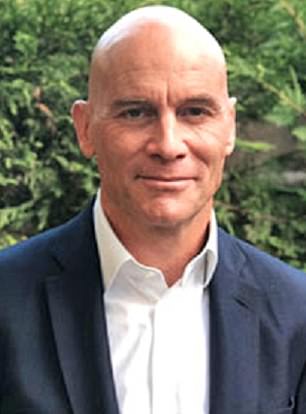 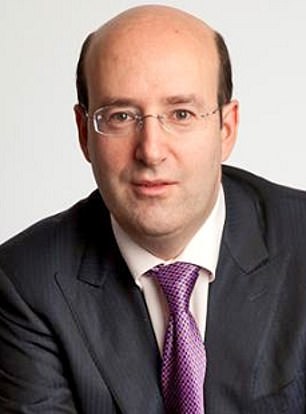 Costeletos, once described as a ‘dapper banker typifying private equity’s Masters of the Universe’, owns three multi-million-pound homes in London, with one thought to be worth £10million.

Feuer and his wife are co-directors of a property business with £4million of assets in Mayfair and have a large house in Surrey.

Templeman, who owns a central London home thought to be worth £4million, was paid £7.9m salary and benefits by Debenhams between 2003 and 2011.

In 2007, the Financial Times estimated he and two other directors had made personal profits of £103million from when the company was refloated in 2006, with Templeman netting £41million.

Now, thousands of members of the general Debenhams pension scheme below retirement age face losing a tenth of their payouts if the scheme, which has an undisclosed deficit, is taken over by the Pension Protection Fund (PPF). 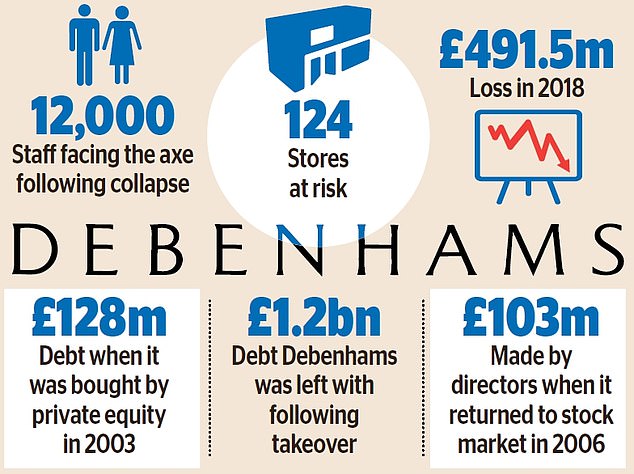 The fund, set up to protect pensioners when companies fail, will only provide full pensions to holders who were already retired at the time of assessing any scheme.

The retailer failed even to make a £5million pension fund top-up required by the Pensions Regulator, before entering administration last April.

Its executive pension plan, paid to members of management, was ‘fully funded’ in 2017 – but is also being assessed by the PPF.

The chain’s’ 12,000 staff face redundancy unless last-ditch bids are successful. Six of the 124 branches – including the flagship in Oxford Street – will not reopen after lockdown.

The private equity consortium, which funded its takeover using £600million of its own money plus more than £1billion of borrowed cash ‘leveraged’ against Debenhams’ future value, paid itself at least £1billion in dividends over three years. Labour MP Dame Margaret Hodge, said: ‘The companies involved made profits in an immoral way. It’s an outrage this was allowed to happen.’

Hodge said the consortium should have a ‘moral’ duty to contribute to pension funds. 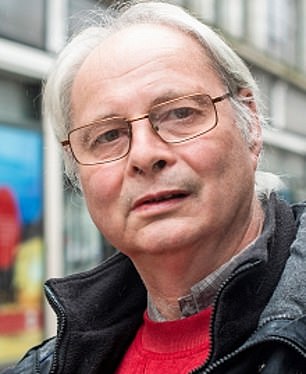 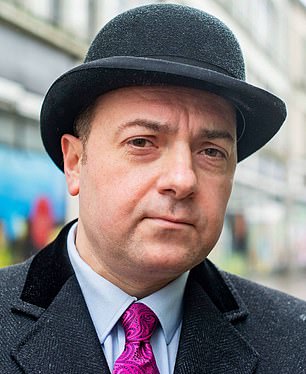