Police found the body of a woman who was “buried alive only with her head above the ground”.

The victim was left to die a week ago in a forest near the Russian city of St. Petersburg.

A 36-year-old man walking in the forest discovered the macabre remains, police said.

The partially buried woman has not been identified, although she is believed to be around 40 years old.

She was wearing a tracksuit and a gold chain was found in one of her pockets.

A woman’s body was found buried up to her neck in a Russian forest near St. Petersburg. Pictured: the Yuntolovsky reservation where the body was discovered [File photo] 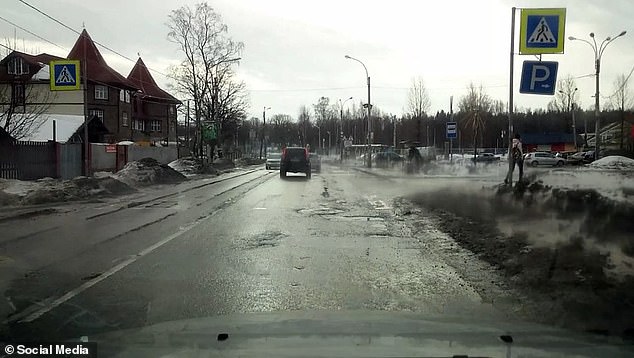 Fontanka’s media said the woman was buried about seven days ago and it is likely she was alive at the time she was dug in the ground.

Police said the woman was unable to break free after her funeral.

Her body had several “small wounds” on her head and was sent for an autopsy to determine the exact cause of death.

The woman’s body was found in a forest between St. Petersburg and the suburb of Yuntolovo, where more than 10,000 people live.

It was 500 meters from a main road that connected the city to the suburb.

Virus brought the worst picture since the Great Depression: IMF

Pierce Brosnan's Malibu Beach Orchid House is on the market!

Cyber ​​Monday was the largest online shopping day in US history