By Ross Ibbetson For Mailonline and Ap

Several shots have been fired at Saudi Arabia’s embassy in The Hague.

Dutch police rushed to reports of gunfire at 6am but the shooter fled the scene before they arrived and detectives are now investigating.

Nobody was injured but up to 20 bullet holes were blown through the building’s front windows and the street outside is littered with dozens of shell casings.

The motive for the shooting is unclear, and police have appealed for witnesses.

It comes just hours after a bomb attack on Western diplomats attending a Remembrance Day service in the Saudi capital of Jeddah which injured four, including one Briton. 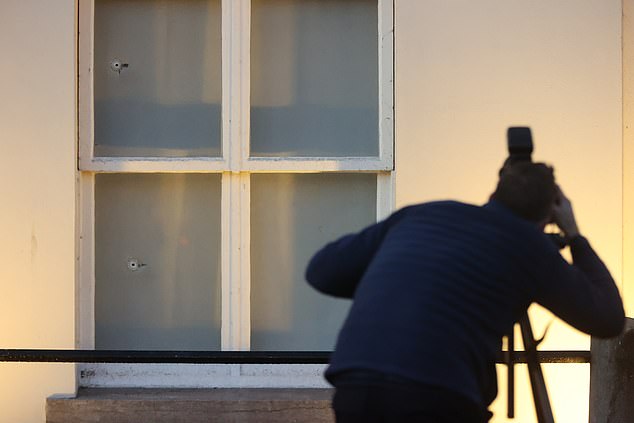 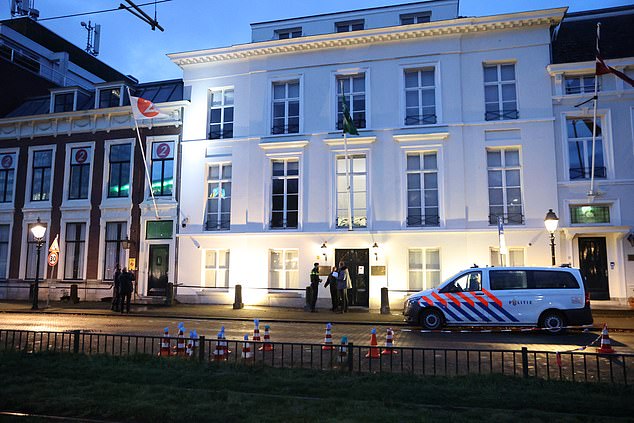 Dutch police rushed to reports of gunfire at 6am but the shooter had fled the scene before they arrived and detectives are now investigating (pictured: Dutch officers work in the crime scene outside the building this morning) 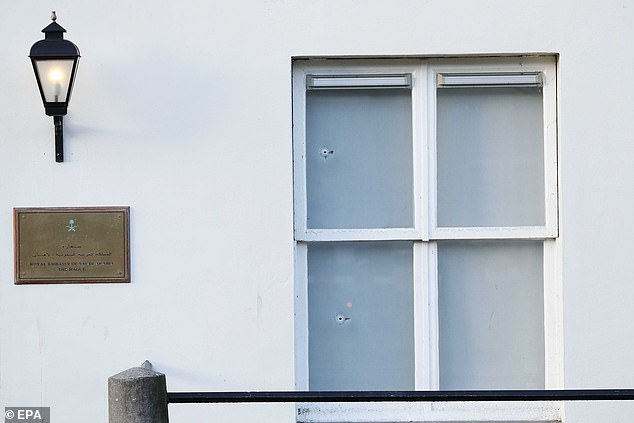 Bullet holes through a front window, as many as 20 such holes have been left in the building after the shooting at around 6am Thursday 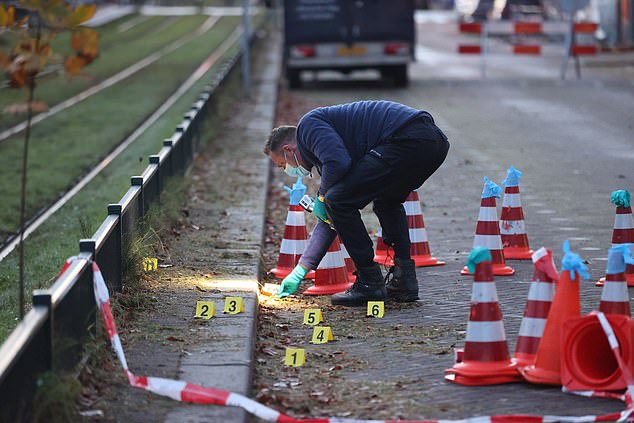 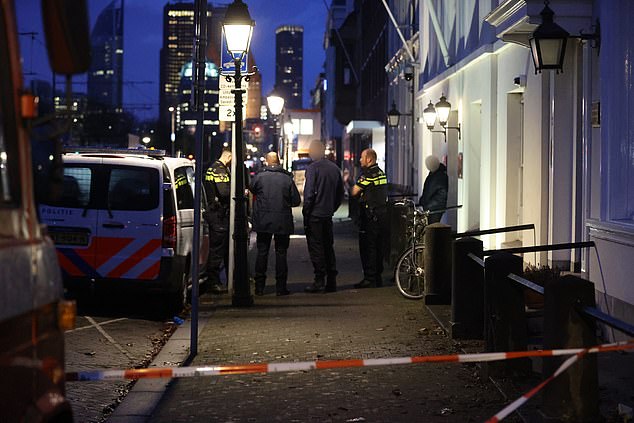 The commemoration attended by the British, Greek, Italian and US consulates was hosted by the French delegation which condemned the ‘cowardly, unjustifiable attack.’

France has been the focus of Islamist terror attacks since Emmanuel Macron’s staunch defence of freedom of expression following the beheading of a schoolteacher by a jihadist over Charlie Hebdo cartoons.

In the Netherlands this morning officers tweeted: ‘Just before 6am (0500 GMT) we received a message that a shot had been fired at a building in The Hague. There were no injuries.’

The scene has been sealed off while forensic teams analyse up to 20 bullet holes left in the building and as many shell casings on the street outside.

The police have not yet confirmed the number of shots fired or what type of firearm was used.

The shooting occurred in an affluent neighbourhood close to the city centre where many countries have their consulates and which is less than a mile away from the International Court of Justice. 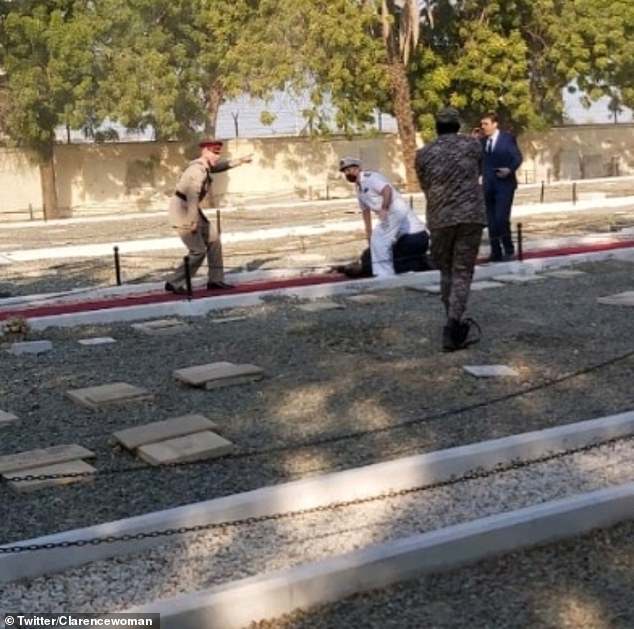 Trump says he will not attend Biden’s inauguration