Japanese man tries to knock snow off his roof with predictable hilarious results (but you won’t guess just how much snow his mini avalanche triggers!)

By Emilia Jiang For Mailonline

A Japanese man shovelling snow off his roof may have got more than he bargained for when his efforts triggered something resembling a mini-avalanche.

Dramatic footage shows the worker in Akita, Japan, trying to nudge a massive pile of snow on a building’s roof with an extended pole.

After a few moments, a huge shelf of snow comes tumbling off the roof – creating a pile that is almost as tall as the building itself. 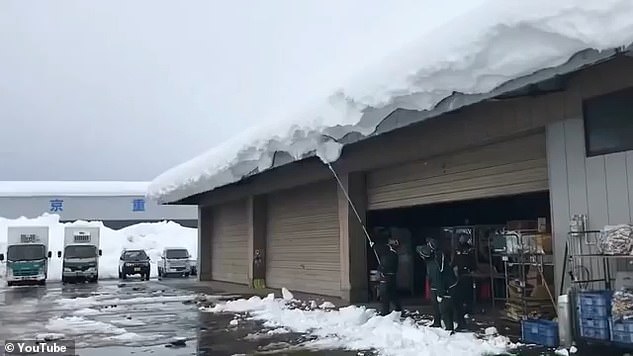 Hilarious footage shows the worker in Akita, Japan, trying to nudge a massive pile of snow on a building’s roof with an extended pole. But he ended up getting more than what he asked for 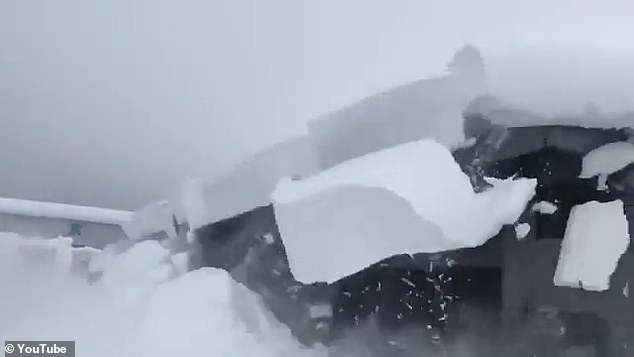