Anger in Portugal after more than 500 deer and wild boars were slaughtered by Spanish hunters, who then set up the carcasses to pose for macabre photos

By Joe Davies for Mailonline

More than 500 deer and wild boar were slaughtered by Spanish hunters, who then set up their carcasses to pose for photos in Portugal.

Portuguese Environment Minister João Fernandes said the killing of 540 animals by 16 hunters was “horrific” and an “environmental crime” that should be prosecuted.

Macabre photos show the lifeless bodies of deer and boars, while the hunters in the background grin and laugh.

The Portuguese authorities have opened an investigation into the hunt at Torre Bela, a private estate in Azambuja in the Lisbon district of Portugal, where most of the deer in the region are believed to have died. 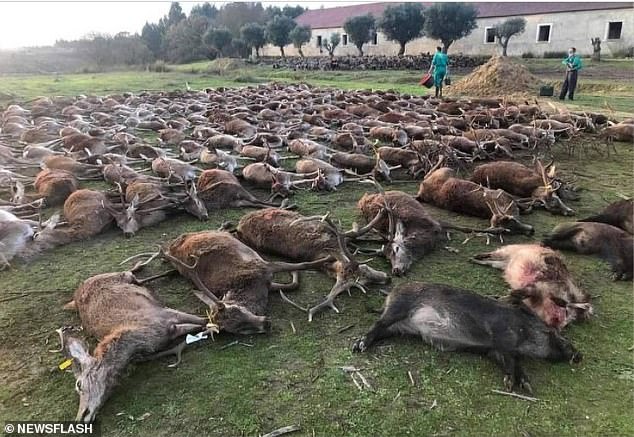 More than 500 deer and wild boar were slaughtered by Spanish hunters who set up their carcasses in Azambuja in Portugal’s Lisbon district, causing outrage in the country 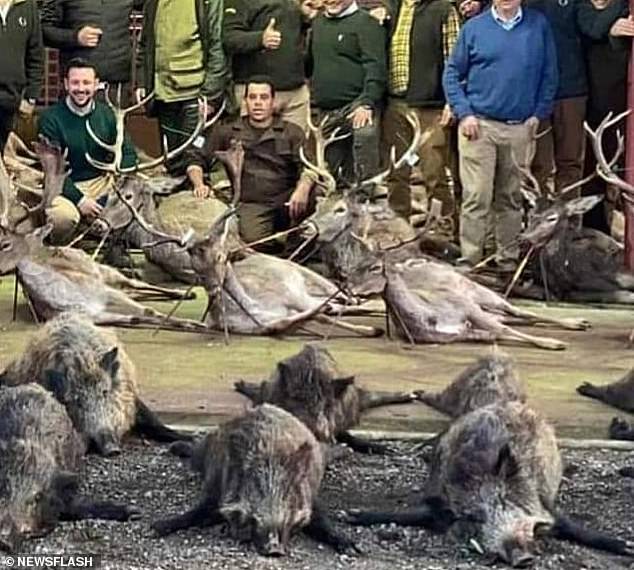