Vauxhall announced this morning that it will be phasing out gasoline and diesel engines from 2028 and will only sell fully electric cars and vans in the UK from that date.

The announcement comes the same week that the brand confirmed that it is converting its Ellesmere Port plant – which currently produces the Astra hatchback – into an electric van plant.

With the battery-powered Corsa-e, currently the UK’s best-selling new electric vehicle, the brand has also promised a return of the iconic Opel Manta as an all-electric vehicle slated for sale in the UK by 2025.

The decision means that two years before the government’s plan to ban sales of new internal combustion engine models from 2030, Opel dealers will only offer battery-powered cars.

Vauxhall goes all-electric in the UK: the British brand has confirmed it will cease sales of gasoline and diesel cars and vans by 2028 – two years ahead of the government’s plan to ban them

When making the announcement on Friday morning, Vauxhall said it was “opening the next chapter in its comprehensive electrification offensive”.

As part of the process, every model sold by 2024 will be offered in an electrified version, be it as a fully battery-powered alternative to gasoline and diesel or as a hybrid.

Paul Willcox, Managing Director of Vauxhall Motors added: ‘From 2028 Vauxhall will only sell all-electric cars and vans in the UK.

“The future of the automotive industry is electric – and Vauxhall will be a leader in this country.

“We are on our way to reinvent Vauxhall and headed for a net-zero carbon future – carbon is the new currency in our industry.”

The all-electric goal of 2028 for Vauxhall will be more immediate than other brands under the banner of parent company Stellantis, which also includes Peugeot, Citroen, Fiat and Jeep.

With Vauxhall being a purely British product – with the same models being sold in mainland Europe as Opel – it makes sense to only sell electric vehicles before the government’s plans to ban internal combustion cars by the end of the decade.

One of the new EV models already promised by the bosses is a “modern version of the Opel Manta” – which was originally available from 1970 to 1988 in two generations, Manta A and Manta B – after a “positive public reception “of the Manta GSe ElektroMOD Restomod presented in May. 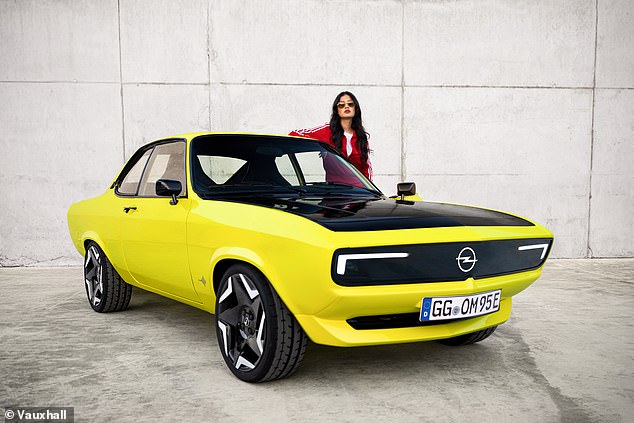 One of the new EV models already promised by the bosses is a ‘modern version of the Opel Manta’ after a ‘positive public reception’ of this Manta GSe ElektroMOD, which was only introduced two months ago 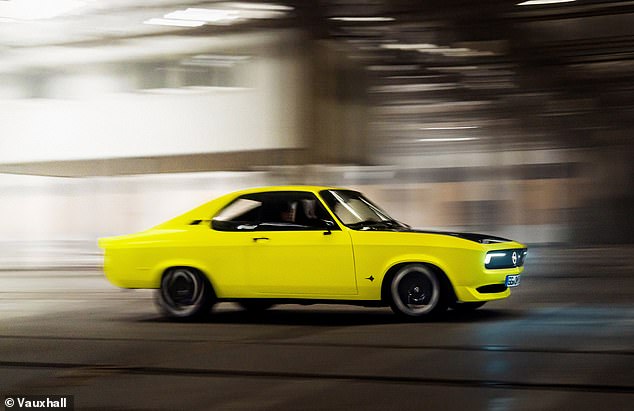 The concept shown at the beginning of the year has a 31 kWh battery and a 145 PS electric motor. The stated range is 124 miles, while a 9 kW charger on board means a full charge takes four hours 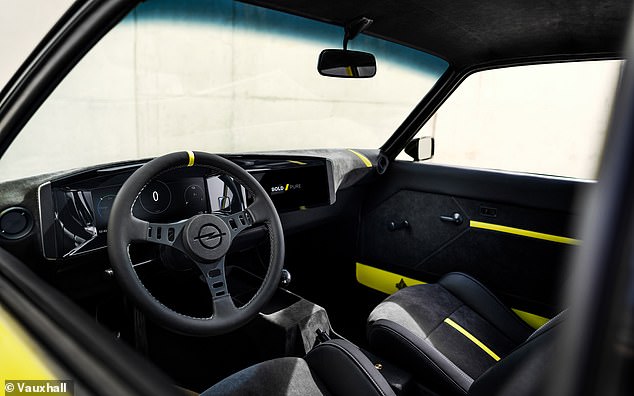 The concept car has a simple interior and an old-school steering wheel. Even the digital instrument cluster shows retro clocks on the screen

The concept shown at the beginning of the year has a 31 kWh battery and a 145 PS electric motor.

The stated range is 124 miles, while a 9 kW charger on board means a full charge takes four hours.

It features brake regeneration technology that helps it regain energy when slowing down that would otherwise have been wasted.

There was also an early glimpse of the next-generation Astra recently, which will have an electrified version when it goes on sale next year. 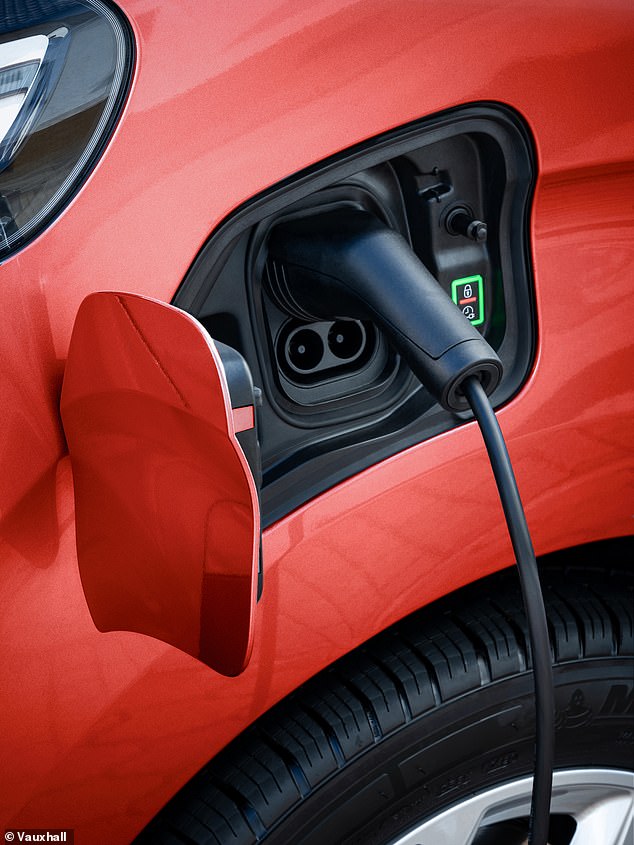 The decision will result in Vauxhall becoming one of the first mainstream brands in the UK to stop selling gasoline and diesel cars. Its biggest rival Ford has promised to only offer plug-in hybrids and electric vehicles from 2027 before going fully electric in 2030

These are the first pictures of the new Astra, which is set to go on sale from next year. There will be electrified versions of the car

For the first six months of this year, the Corsa-e is the best-selling battery-electric supermini and Vauxhall itself is the UK’s leading manufacturer of electric vans.

With the introduction of the fully electric LCVs Combo-e and Movano-e, Vauxhall will offer fully electric vans across its product range by the end of 2021.

Including the vehicle range, the entire Opel portfolio will offer electrified versions by 2024 and then switch to fully electric versions in 2028.

The decision will result in Vauxhall becoming one of the first mainstream brands in the UK to stop selling gasoline and diesel cars.

Its biggest rival Ford has promised to only offer plug-in hybrids and electric vehicles from 2027 before going fully electric in 2030. 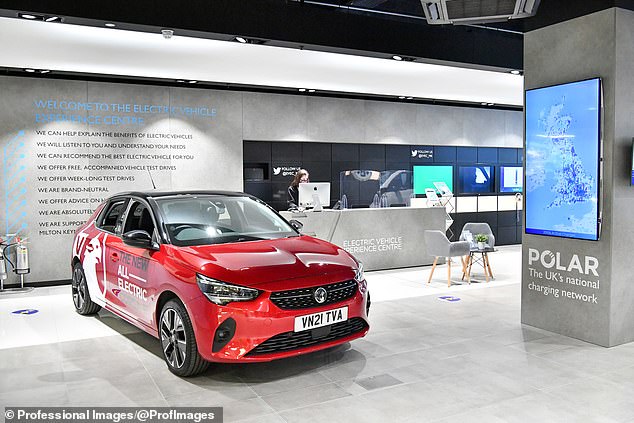 For the first six months of this year, Corsa-e is the best-selling battery-electric super mini 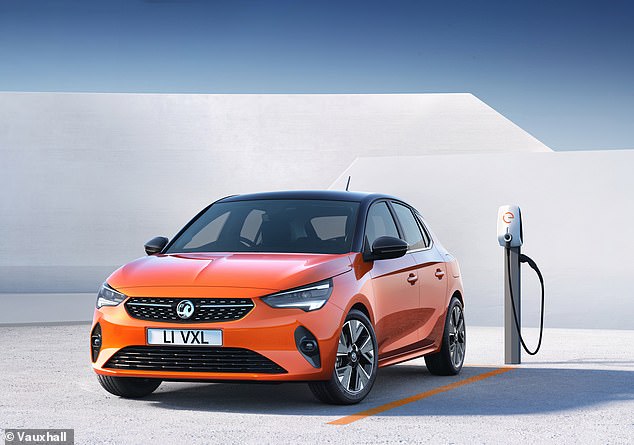 The Corsa-e starts at £ 26,390, £ 9,735 more than the entry-level petrol Vauxhall Supermini. The electric version is also £ 2,500 less than asking price as it qualifies for the government’s plug-in vehicle grant 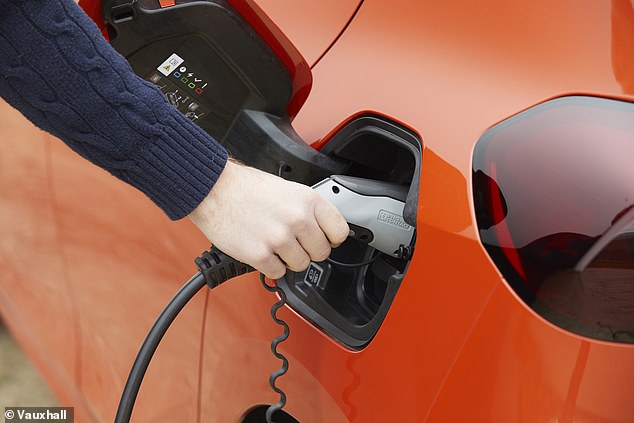 The news that Vauxhall will go all-electric by 2028 comes after parent company Stellantis confirmed Thursday that the group will invest € 30 billion (£ 21.7 billion) in its electrification strategy for the next decade by 2025.

By 2030, 70 percent of European sales are to be low-emission vehicles, which include both plug-in hybrid and fully electric vehicles.

It has promised a variety of new electrified models in its portfolio of 14 brands, from city cars to pick-up trucks.

It also announced the construction of its first “Gigafactory” in Italy after previously hinting that Britain was running for the home of its first battery factory.

A £ 100 million investment will see the Vauxhall Combo-e LCV and passenger version (as well as Peugeot and Citroen versions on the same platform) go into production at the site by the end of next year. 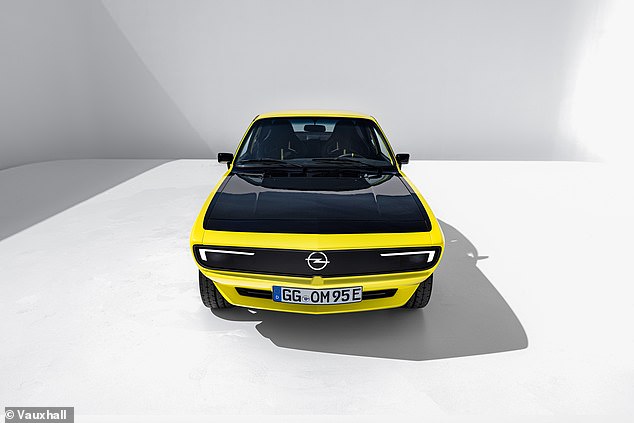 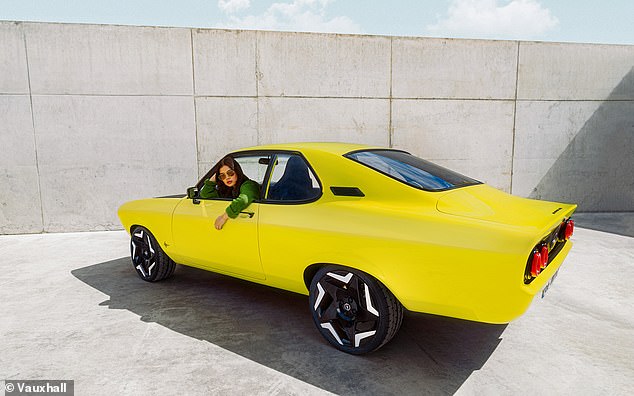 The design is strongly reminiscent of the Opel Mata A, which was produced from 1970 to 1975 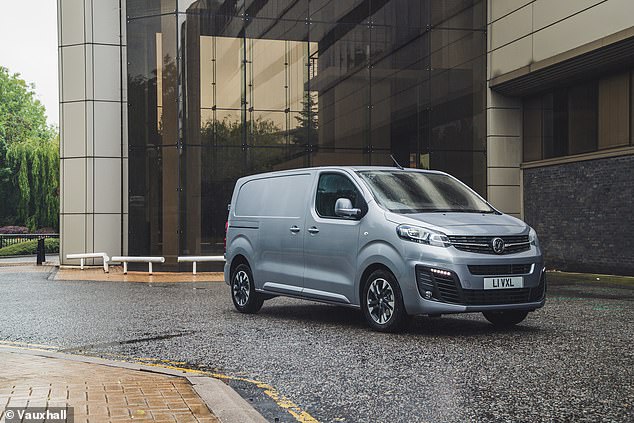 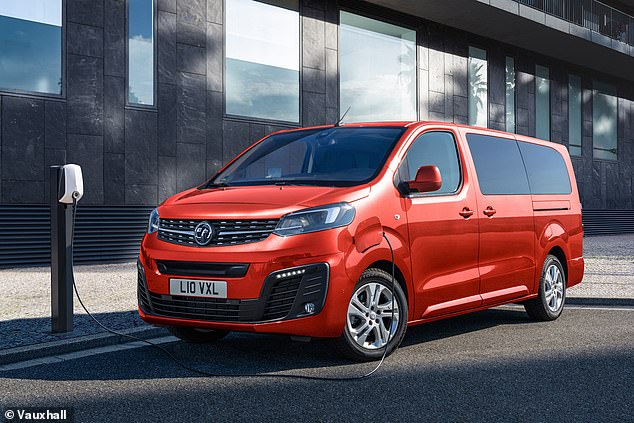 The Vivaro-e Life is a large family van based on the Vivaro-e van. It will continue to be made in Luton, while production of the smaller Combo-e will take place in Ellesmere Port

The move will save around 1,000 jobs at the plant – and up to 7,000 workers in the supply chain, according to the Unite union – and is funded by the UK government.

Prime Minister Boris Johnson sent a video message to the company’s bosses and workers at the factory earlier this week, while Economy Secretary Kwasi Kwarteng was present at the factory to make the announcement.

Mr Johnson said: “It is a great show of confidence in our economy, in the people of Ellesmere Port and in our fantastic post-Brexit trade relations.

“And it’s a great example of the highly skilled, well-paid jobs we’re securing as part of our green industrial revolution.

“And I couldn’t be more proud that in a few years your parcels will slide silently to your door in an electric transporter with the label“ Made in Great Britain ”.” 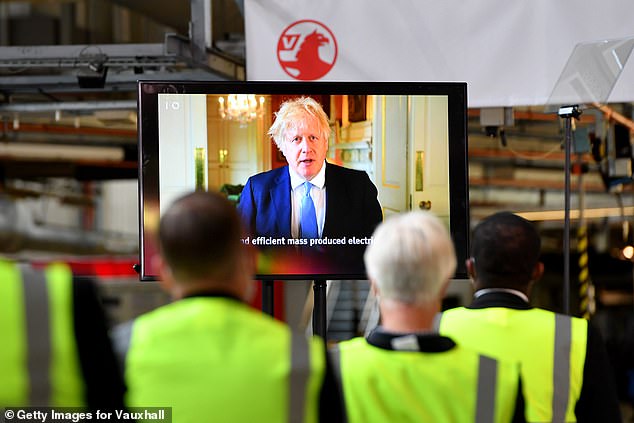 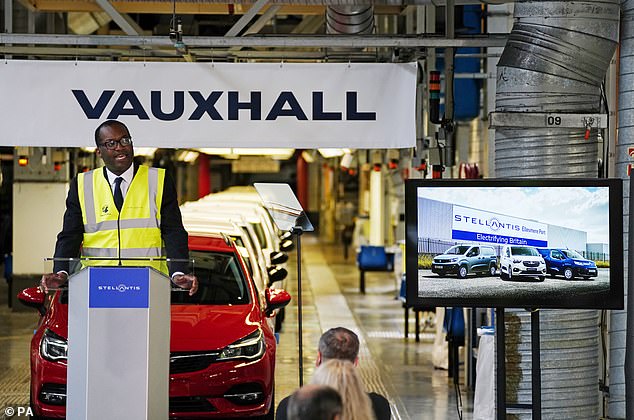 Kwasi Kwarteng, State Secretary in the Department of Business, Energy and Industrial Strategy, during a press conference at the factory where it was announced that the site would become the first production facility of parent company Stellantis devoted exclusively to battery electric models, both in commercial and commercial also in the passenger version, until the end of next year

Mr. Kwarteng would not be made aware of the exact arrangements during a round of media interviews at the factory.

He said, “We contributed an amount. But of course that has been replaced and dwarfed by Stellantis, the £ 100 million Stellantis put into this investment.

‘You will appreciate that we speak to many automotive companies; The amount of support we give is commercially sensitive and I’m not going to tell you that on TV.

“What we have to appreciate is that every advanced manufacturing country is supporting the automotive sector, really supporting the transition from traditional internal combustion engines to electric vehicles, in some cases hydrogen vehicles, but once this is really a new green industrial revolution and we’re happy to support it . ‘

“And certainly in my role as Secretary of Commerce I was impressed by the number of people who came to my door looking to invest in the UK and very excited about the prospect of investing here after we left the EU.”

SAVE MONEY WHEN DRIVING A CAR