By Joe Bernstein for The Mail on Sunday

Jurgen Klopp has revealed he used to constantly worry about his famed front three getting injured before Diogo Jota’s arrival.

Jota faces former club Wolves on Sunday having made a fantastic start to his Liverpool career with nine goals in 14 games.

For the first time under Klopp, the established trio of Sadio Mane, Roberto Firmino and Mo Salah face serious competition for their places with Mane on the bench for last weekend’s draw at Brighton and Salah looking unimpressed when he was substituted. 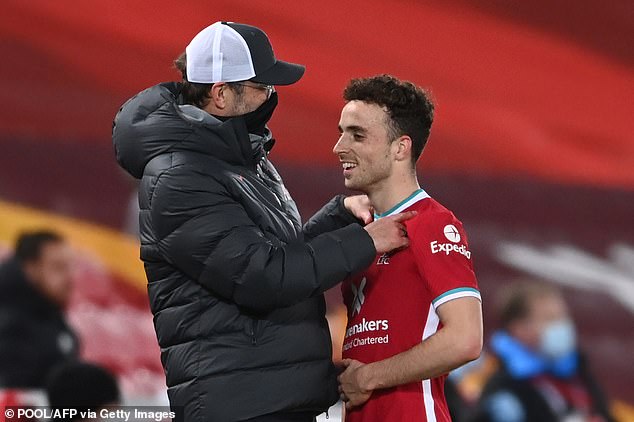 Klopp admits the £45million signing of Jota was overdue. ‘For us it was the most important thing so we didn’t have to bite our nails pretty much each game and hope somehow they (the forwards) came through and we could bring them into the next game,’ he said.

‘At the moment the front three is the only position where we have more players than we can line up. All the other positions are pretty much who can walk will play or it will be a kid.’

Liverpool have been blighted by defensive injuries this term and face Wolves without first-choice goalkeeper Alisson and centre-backs Joe Gomez and Virgil van Dijk. England international right-back Trent Alexander-Arnold has only returned to training after missing four weeks with a muscular injury. 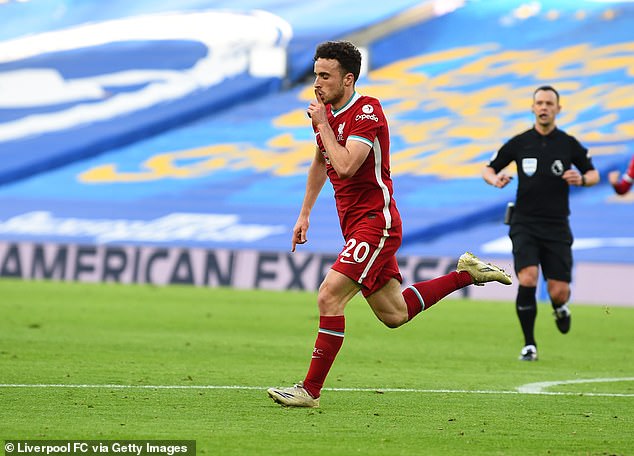