Bournemouth are at the top of the championship after a goalless draw in Swansea, while Watford move into the play-offs thanks to victory over Rotherham

Bournemouth were at the top of the championship table for at least 24 hours, at least after a goalless draw against other high-flyers Swansea at Liberty Stadium.

The guests reached the goal difference after equalizing the point difference with Norwich, hosts of Nottingham Forest on Wednesday night.

Swansea came into play with the best defensive record in the championship, but manager Steve Cooper faced a mini-crisis with both Ryan Bennett and Marc Guehi injured. 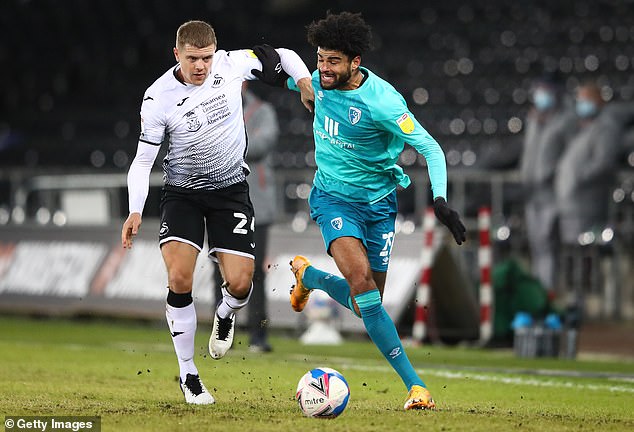 Bournemouth took the lead after a goalless draw with Swansea

It meant home boss Joel Latibeaudiere had to give his first start and get Welsh international Ben Cabango to oversee the dangerous Dominic Solanke.

Bournemouth manager Jason Tindall was delighted to have Junior Stanislas back in action as the only move on his side, who won 4-0 in Barnsley last weekend.

The Cherries pushed hard from the start and held the ball in possession for the first two and a half minutes of the game. Their early pressure led Lewis Cook to field Stanislas for the first shot of the night.

Swansea took the time to build into the game and seemed happy to sit back and rely on a defensive system that had already conceded eight goals in 16 games.

Freddie Woodman was certainly the busier of the two goalkeepers in the first half, but there weren’t too many nervous moments for him at home.

Watford returned to play-off positions thanks to a 2-0 home win over Rotherham in which Christian Kabasele scored his first goal in three years.

Troy Deeney increased the center-back’s early opener to bring the Hornets to third. 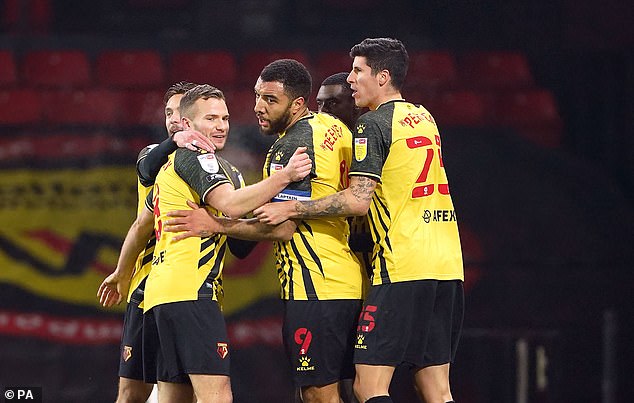