36 people developed a rare blood disorder after a covid vaccination

At least 36 people have developed a rare, life-threatening blood disorder called thrombocytopenia after receiving either of the two US-approved COVID-19 vaccines.

One of them, the Miami obstetrician, Dr. Gregory Michael, died after thrombocytopenia caused his platelets to go to near zero. He was only 56 years old and died of a brain haemorrhage just 16 days after Pfizer’s shot.

And doctors ordered 72-year-old Luz Legaspi not to get out of bed for over a week for fear that a bump, bruise, fall or other minor injury could lead to similar bleeding and prove fatal for her .

Thrombocytopenia has also been seen after other vaccines, and experts suspect the shot is acting as a trigger in some way – they just don’t yet know why.

So far, however, platelet suppression seems extremely rare – only 36 out of 43 million doses administered in the U.S. – and scientists believe that only a small fraction of the population has a predisposition that could cause vaccines to trigger the blood disorder.

Out of 15 people enrolled in an upcoming study, only one had recently low platelet counts, and there were no clear common threads predicting who the few might be to develop thrombocytopenia after vaccination.

With the exception of Dr. Michael, everyone else has recovered so far after the treatment. 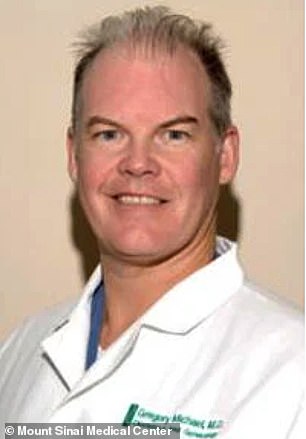 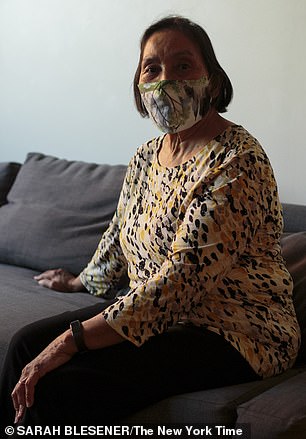 Dr. Gregory Michael, 56, died of a cerebral haemorrhage of thrombocytopenia 16 days after receiving the COVID-19 vaccine from Pfizer (left). Luz Legaspi, 72, developed the rare blood disorder the day after her first shot of Moderna’s vaccine and had to be put on bed to prevent a potentially fatal bleeding (right). 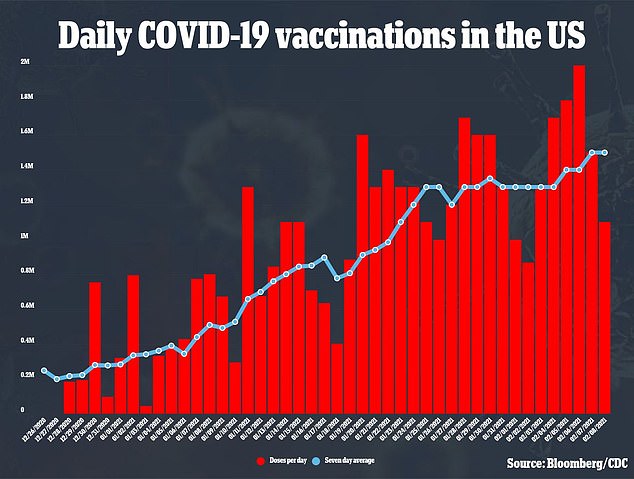 The US gives about 1.5 million COVID-19 vaccinations every day, and only 36 people have developed thrombocytopenia

The vast majority of people who have received COVID-19 vaccines have done so without incident.

What is thrombocytopenia? (ITP)

Immune thrombocytopenic purpura (ITP) is a blood disorder that is characterized by a decrease in the number of platelets in the blood.

Platelets are cells in the blood that help stop bleeding. A decrease in blood platelets can lead to easy bruising, bleeding gums, and internal bleeding.

This disease is caused by an immune reaction against your own blood platelets. It has also been known as autoimmune thrombocytopenic purpura.

There are two forms of ITP::

This usually affects young children between the ages of 2 and 6 years. Symptoms can be due to a viral illness such as chickenpox. Acute ITP usually starts suddenly, and symptoms usually go away in less than 6 months, often within a few weeks. Treatment is often not required. The disorder does not usually recur. Acute ITP is the most common form of the disorder.

The onset of the disorder can occur at any age and symptoms can last for at least 6 months, several years, or a lifetime. Adults are more likely to have this form than children, but it affects adolescents. Women have it more often than men. Chronic ITP can be common and requires ongoing follow-up care from a blood specialist (haematologist).

Between the start of the U.S. coronavirus vaccine rollout on December 14 and January 31, 36 reports were sent to the Centers for Disease Control and Prevention (CDC) surveillance system for immune thrombocytopenia (ITP) post-vaccination, according to the New York Times .

Incidents that doctors and nurses observe after vaccinations are logged in the database. However, it does not determine whether vaccines caused the reported problems, known as “adverse events”.

No cases of thrombocytopenia were reported during trials with either Moderna or Pfizer vaccines.

However, because they are approvals, cases have been linked to each vaccine.

Pfizer told DailyMail.com that it was the death of Dr. Michael examines an obstetrician whose wife says he was in good health before he died in December.

In my opinion, his death was 100 percent related to the vaccine. There is no other explanation, ”she told DailyMail.com in an interview last month, fighting back tears.

Dr. Michael received his first dose of Pfizer’s shot on December 18 and did not immediately respond to the shot.

But three days later he noticed red spots all over his body.

The spots on his body were petechiae, a warning sign of bleeding under the skin.

He went to the Mount Sinai Medical Center in Miami. During his exam, Dr. Michael optimistic and energetic.

But blood tests showed that his number of platelets – disk-shaped fragments of cells that form clots to prevent uncontrolled bleeding – was zero, his wife said.

Anything under 150,000 would count as thrombocytopenia, but Dr. Michael’s condition was dire.

Transfusions and other attempts to restore his platelets failed during his two-week hospital stays, and Dr. Michael eventually died of a brain haemorrhage.

Luz Legaspi, 72, was healthy and all for vaccination in January when she got her first dose of Moderna.

But the next day she woke up to find that her legs and arms were covered in petechiae and blisters were bleeding in her mouth, according to the New York Times.

She was admitted to the hospital in Elmhurst, Queens, New York City.

At this point, Legaspi’s platelet count was zero and she was told not to get out of bed to avoid falling or other injuries. Even a normally harmless bruise can cause bleeding if someone doesn’t have platelets to stop the bleeding.

In adults, thrombocytopenia can be caused by medullary disease, some cancer treatments, and alcoholism.

However, some forms are also the result of an autoimmune disease, where the immune system accidentally attacks and destroys healthy platelets instead of legitimate threats and pathogens. Sometimes thrombocytopenia occurs after viral infections.

In these cases, platelet transfusions are usually treated with steroids and immunoglobulins – a treatment designed to prevent the spleen from destroying platelets, as happens with thrombocytopenia.

Legaspi received these treatments but still did not improve 10 days after she was admitted to the hospital. 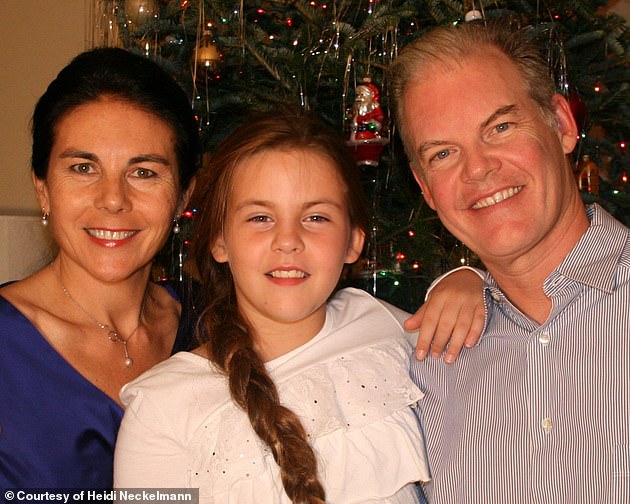 Michael’s wife Heidi Neckelman (left) said her husband’s death was “due to a strong reaction” to the vaccine. Pictured: Dr. Michael with his wife Heidi and his daughter

Elon Musk moves the needle on Bitcoin, while crypto climbs to $ 48,000 on Tesla investments

Venom F5 - The fastest car in the world?