Retreating to Spain might not be quite what it used to be, but Nacho Monreal and David Silva have no complaints. Silva will be 35 years old in January and Monreal will be 35 years old one month later. Both are at the top of the league with Real Sociedad, while their old clubs are midfield in the Premier League.

“I heard about it from the media,” said Monreal of the news that his former Spanish team-mate Silva had joined him. “I’d heard the club were working on getting a big signature, but it never occurred to me that it could be David.

“One day I was at home looking through the sports news and suddenly it was there:“ David Silva signs for Real Sociedad ”. I was shocked but very happy. I called him and he was very happy too. 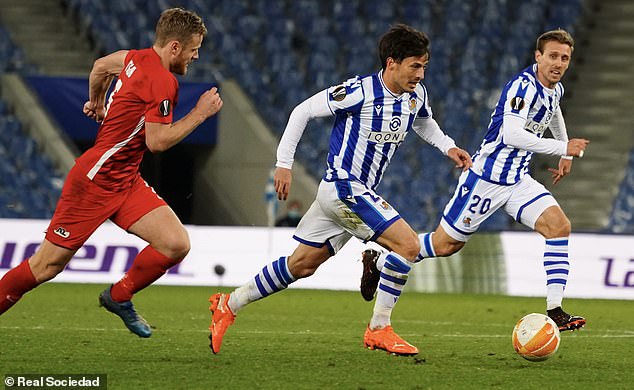 “A man who has been in Manchester City for ten years, who has done everything in the game and who is apparently going to Lazio or outside Europe, decides to come here. that says a lot about this club. “

The speed and surprise of the deal was similar to his own move from Malaga to Arsenal in January 2013.

He remembers this life-changing change: “It all happened in one day. Arsenal had injury problems with the full-back and for the first time in a long time they threatened not to qualify for the Champions League.

“I woke up one morning with a missed call from Santi [Cazorla]I talked to him and he asked me if I wanted to join. I was an Arsenal player that night.

“I don’t know if he got a commission or not!” I think the club said, “talk to Nacho, see what he thinks” and in less than twenty four hours I was there. 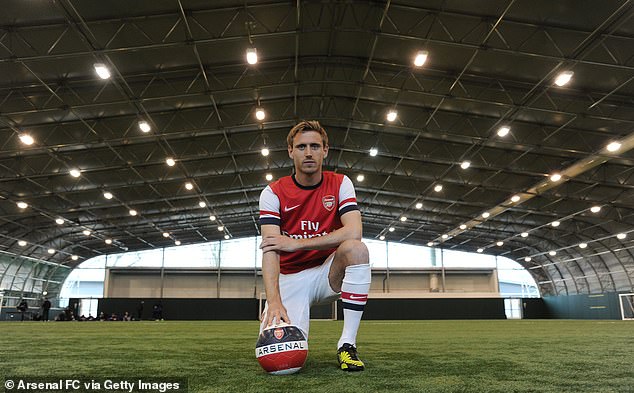 “[Arsene] Wenger opened the doors to his house – Arsenal was a family. He’s a great trainer and a good person. He gave me the chance to spend seven years in England. “

A baptism of fire against Tony Pulis’ Stoke side awaited Monreal. “A head split open within minutes of the game,” he says of his debut. “It was a nice welcome to the Premier League.”

The head was Stoke striker Jonathan Walters after a clash with Monreal who was dazed, if not by the challenge, then certainly by the new world he was now living in.

“It’s changing as there are more and more foreign coaches, but it’s still a different kind of football and many Spanish players find the first few months difficult.”

He says he has a hard time adjusting to less revealing referees in the league and admits, “Sometimes I speak to teammates in English before I think, what should I say?”

With the help of Hector Bellerin and Cazorla, he fitted in with Arsenal. “People loved him because he was different,” he says of Cazorla. “He was unique. Nobody in the squad could do the things Santi did. “ 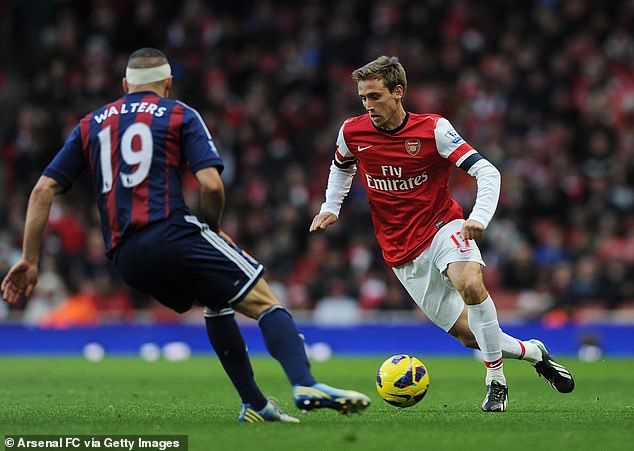 But Monreal was also popular. “I know what kind of player I am,” he says. “I’ve never been the star to score the goals, but every time I put this Arsenal shirt on, I tried to do my best and I always felt valued by the fans.”

In 2013 there was another Spaniard at Arsenal. And he’s back at the club now, albeit with a different role. Was it obvious that Mikel Arteta was meant to train?

“Yes, you could see it,” he says with genuine conviction. “He was a leader who expressed himself very well. Whenever there were meetings, he spoke.

“And it’s not just the fact that he spoke; you could see that he knew what he was talking about and he communicated it very well.

“We were very aware that he was going to be a manager. Maybe we didn’t expect it to go that fast, but it’s true he was there [Pep] Guardiola three or four years and I’m sure he would have learned a lot during that time. He was a breath of fresh air for the team. “

Not that Monreal has no compassion for Unai Emery. “After 22 years, the first coach after Wenger always had a very difficult role,” he says. 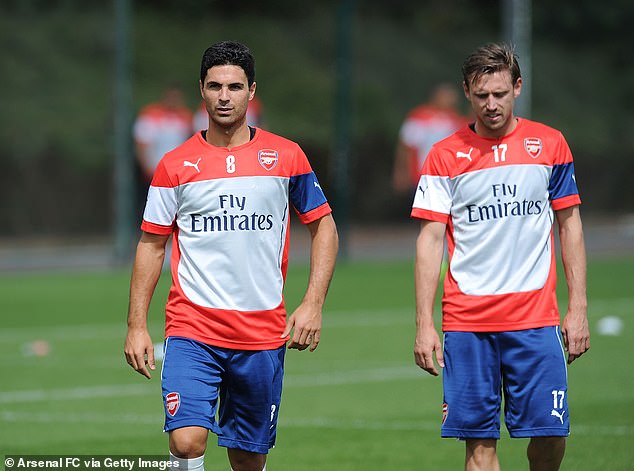 “The club was built around him and after so many years there were people who still loved him very much.

“I think Unai did a good job this first year. We reached the Europa League final and then weren’t at the level we needed for the final. And then, in the second year, they may not have given him the time he needed. “

The disappointing Europa League final against Chelsea was Monreal’s last game, but with three FA Cup final wins there is no shortage of happier memories.

Are we exaggerating how special the old competition is? “No, it’s even better than people say,” he says.

“On the day of the game, you wake up in the hotel near Wembley and five hours before kick-off there are people with flags and scarves.

“The route is lined with fans cheering you on. And then you hit the ground – and it’s the best in England – and it’s 100,000 people. It was amazing and on top of that when you win! The memories are wonderful. “ 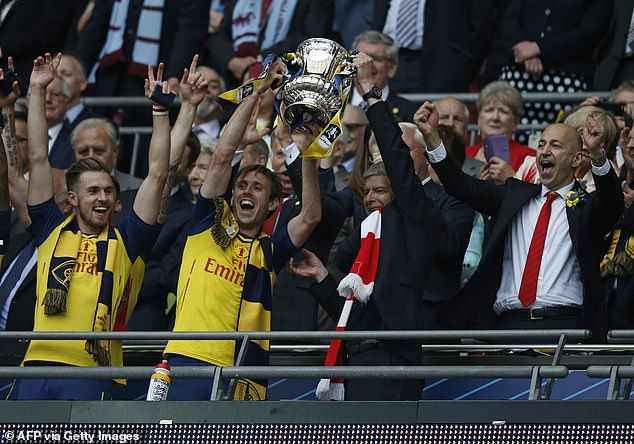 Maybe the upcoming final of the Basque Spanish Cup should be played there. “It would certainly fill up,” he says of Real Sociedad’s meeting with Athletic Bilbao, which is still waiting for an appointment because neighboring clubs have agreed not to stage it until the fans are back in the stadium.

Last season’s cup format in Spain has been changed to better resemble the FA Cup with the tie set and two-legged ties.

‘You [the big teams] I probably don’t like it, but it’s a lot more attractive, ”says Monreal.

“One bad game and you will be sent home. There were surprises when second division Mirandes reached the semi-finals and Madrid and Barcelona were eliminated from us and Athletic that same night.

“I think people like that. If there are always the same teams in the final, it becomes monotonous. That uncertainty makes it a lot more attractive. “

This is exactly why most football fans don’t want a European Super League.

“It’s discriminatory,” he agrees. “The biggest clubs want to raise their income in order to keep growing. But if you have a competition like this, all you have to do is widen the gap between the big and small clubs and lose the essence of football.” 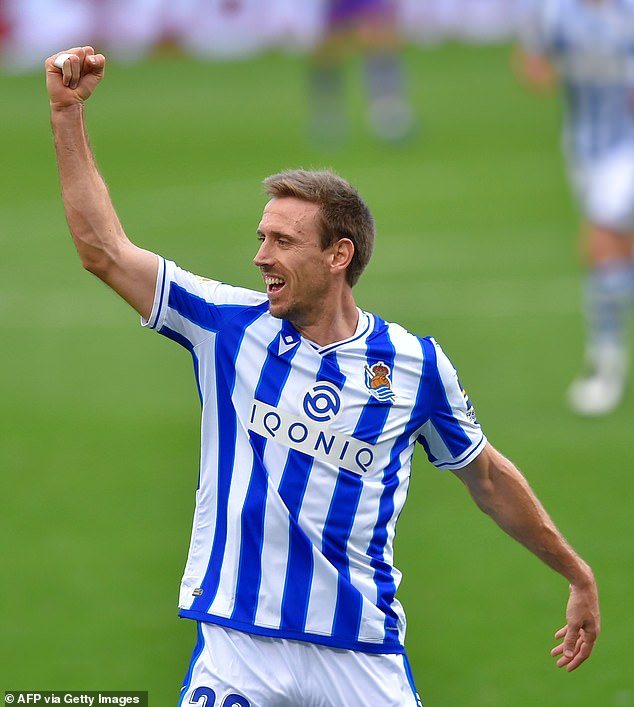 Arsenal want to confirm the signing of Hertha Berlin defender Omar Rekik worth £ 900,000 this week