‘A large? My a ***! ‘: Tyson Fury mocks Anthony Joshua on Twitter for Andy Ruiz Jr’s devastating defeat and teases British heavyweight rival for pretending to be pictures ahead of the 2021 superfight

By Harry Slavin for Mailonline

Tyson Fury started the fire ahead of his much-anticipated heavyweight clash with Anthony Joshua after mocking his rival on Twitter.

Although a date has not yet been set, Joshua and Fury will unite the heavyweight division in 2021 when they compete against each other later this year.

Both men are working on a settlement battle, and Joshua shared pictures of himself on Twitter, along with the caption, “A Great Modern Fighter Will Rival Any Era.” 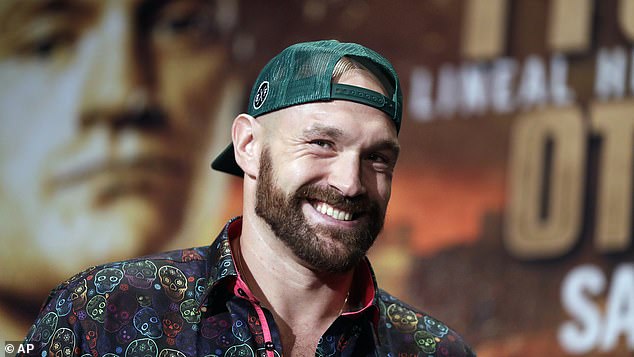 A Cascade of Crises - The New York Times

Jon Ossoff to the Georgians: “I’ll be for you”