The queue to get to the Presidential Palace and pay your respects to Diego Maradona grew by the minute.

On Thursday at 7:00 a.m., many people showed up, many crying, many wearing the famous No. 10 shirt, many saying thank you. And there have been peaceful pilgrimages to various Maradona attractions in this heartbroken city.

Fans gathered at the imposing Obelisco memorial downtown, just as hundreds of thousands had done in 1986 to celebrate Maradona’s greatest achievement in winning the World Cup. 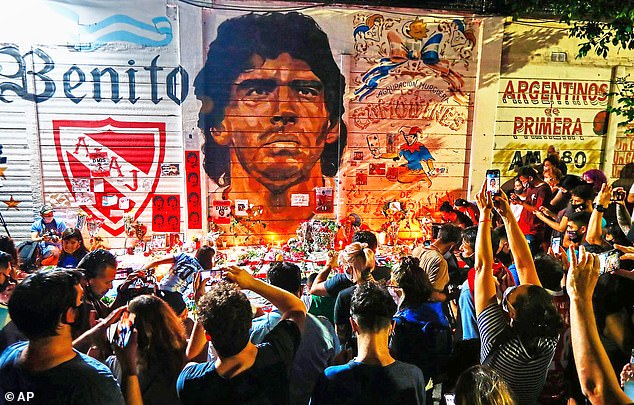 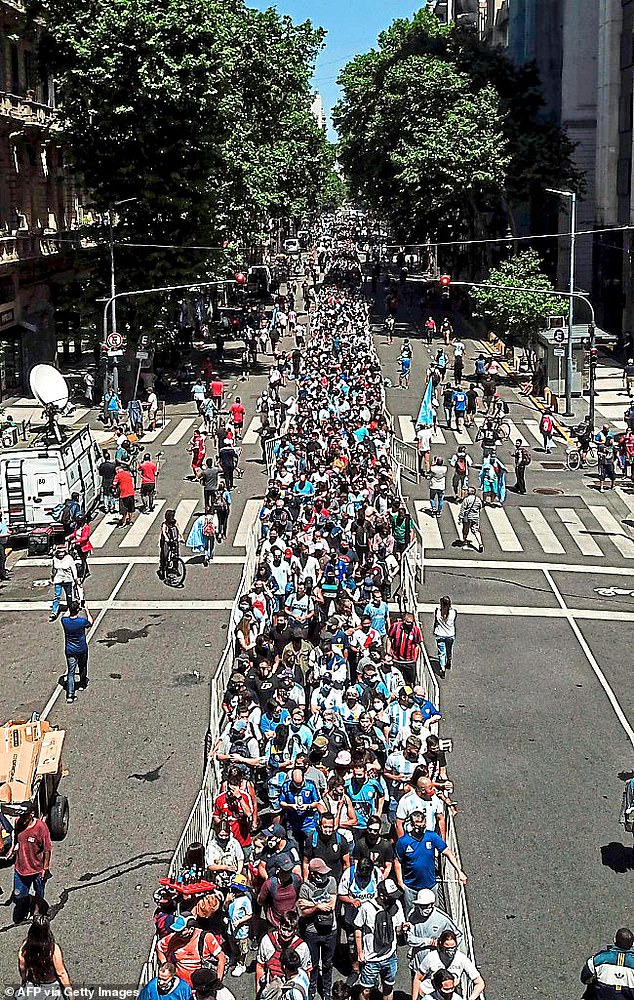 And outside the humble Argentinos Juniors stadium where he took his first steps in his career, there was still a small group of crying fans holding their heads and looking to the sky for a sign. They had not gone home since they had received the tragic news the day before.

An improvised shrine that was set up outside the stadium received the honking of the passing cars during the course of the morning with increasing volume. “Come on, we’ve got a lead on,” one mechanic urged his colleague as people tried to get ready early so they had time to show their respect.

Twelve miles away at the Presidential Palace, government officials estimated that more than a million people had gathered to witness the greatest event in Argentina’s history. The predominant image was that of cars with photos of Maradona or Argentina flags hanging on their windows.

Fans mourned her icon, and many were moved to tears by his death on Wednesday

The traffic flowed but didn’t seem to be making any noise, as if this city had become a huge chapel of calm in the open air. The Argentine people are used to earth-shattering events, but the city center, numbed for the pandemic, had never seen anything like this final fair for Maradona.

By 11 a.m. the lines at the coffin were half a mile long and doubled in an hour.

At the end of the trail, which the family set for 4 p.m., the line just seemed to have no end.

Cars, buses and hordes could be seen all over the city, walking around with no other purpose than to express their respect and love for the dead idol. Two teenagers stood side by side in line. Both wore River Plate jerseys – the rival of the Boca Juniors that Maradona played in before joining Barcelona in 1982.

None of the youngsters will have seen the great man play, but they really wanted to be part of this extraordinary farewell.

With restrictions still in place due to the advance of Covid-19, there was a haunting contrast between the deserted streets around the presidential palace and the fervent crowd that perched on the city’s most emblematic building that housed their most famous son’s coffin housed. Not surprisingly, many of those gathered wore Boca shirts because of his association with the club. 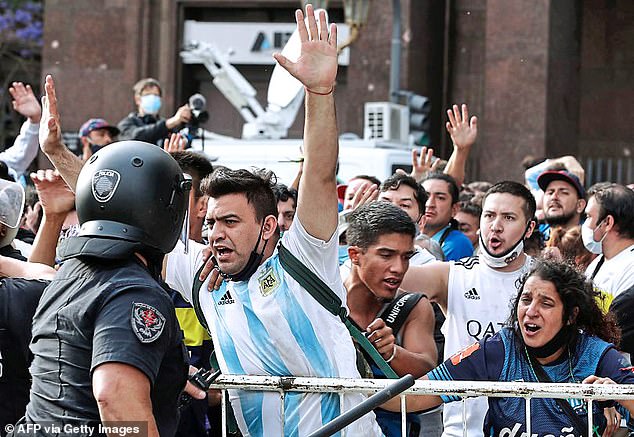 Covid-19 restrictions were still in place, but many felt that the rules in terms of the rules were bigger than usual

What caused the blackouts in Texas?