What next? Judy Murray has been a pro tennis player, a national coach, an author, a dancer on the telly, the creator of a foundation and, almost incidentally, a powerful influence on that day Dunblane won the Davis Cup, having personally supplied the two match winners.

She is also a maker of documentaries, though this calling is of a recent vintage with her Driving Force series now airing on Sky TV.

If this all speaks to the past and the present, it also serves as a guide to the future. What next? More of the same, only more driven, more focused and more aware of the passage of time.

‘I have met so many talkers in my life and I am an absolute doer. I can’t be bothered with talkers any more,’ says Murray.

‘It feels like it has gone backwards in terms of young players. We didn’t have anything near the volume of junior players at national or international that we had in Jamie and Andy’s day,’ she says, referencing her sons, of whom one may have heard.

‘That makes me very sad. We should be flying high but in order for that to happen you need a succession plan, you need coaches who understand how to nurture talent and who are committed to doing so. It is people who make things happen — not systems or structures or fancy titles.’ 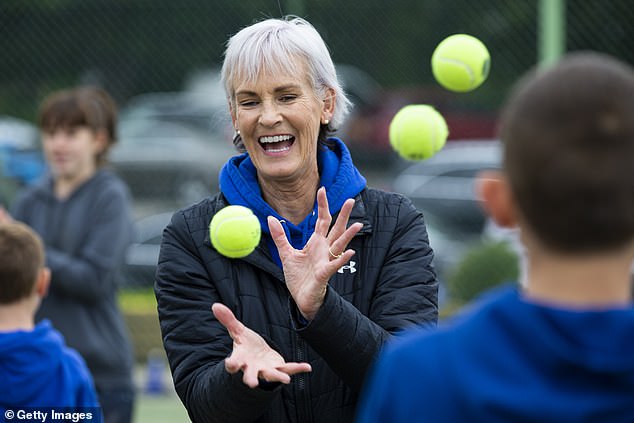 This drive to improve opportunity sits comfortably alongside the motivation for Driving Force, a series of interviews with elite sportswomen such as Dina Asher-Smith, Katie Taylor, Charlotte Dujardin, Kelly Holmes, Steph Houghton and Christine Ohuruogu.

They all have been there and done that. But how and why? And at what cost? And how can their stories smooth the pathway for a generation of young women taking their first steps into sport?

Murray has been on that journey too. She is, in essence, a coach. The conversations with the athletes reveal many truths to the viewer but not, one suspects, to Murray who has watched women’s sport and its leading players be patronised or even ignored for decades.

Her CV carries the stains of such bias. There was the administrator who told her he was not interested in junior Grand Slam champions, only senior ones. There was the time when as captain of the Federation Cup team she struggled to convince the authorities that she needed a video analyst for the zonal play-offs. The Fed Cup is, of course, competed for by women. Murray counted 19 on the bench for the Davis Cup team that her sons led to victory in the 2015 competition.

‘I didn’t want an expensive analyst, just someone who was keen and eager to help. It would have been the fourth member of the backroom staff. I wanted to say: ‘Why are you making this difficult for me?’’ I had to battle.’

She won but the war continues. There will be no truce until there is equality, not just on the pitch or court. 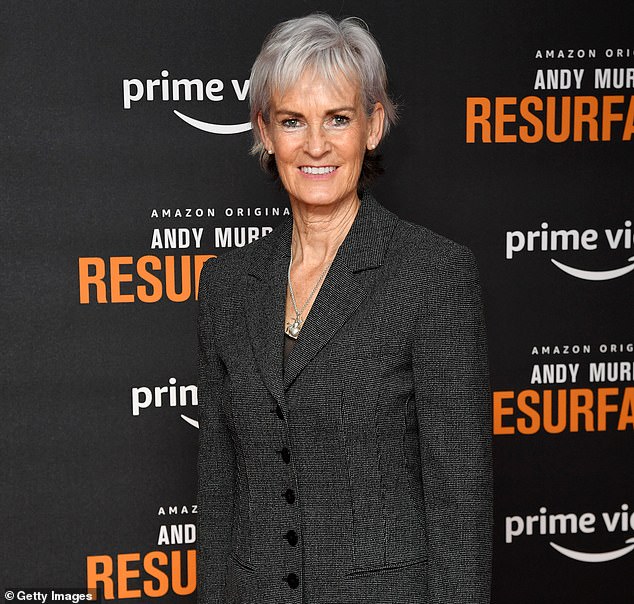 ‘We started so far behind the men historically,’ she says. ‘We are always going to be playing catch-up. Sport is male-dominated, decision makers are almost always men. They naturally see things with men’s eyes and hear things with men’s ears.

‘The battle is to get more women into decision-making positions. Most sports do not have career pathways for women.’

The price for this is paid in decisions such as the men’s Six Nations going ahead while the women’s is cancelled, the women’s FA Cup ties being decided on a toss of the coin while the men play on, and the discrimination in academies where boys’ training continues while that of the girls is stopped.

She speaks of the inspiration and motivation the athletes feature in Driving Force have given her. But she learned much, too, on the journey from forming a “Mum’s Army” at Dunblane tennis club to standing at the gates of male privilege in elite sport.

‘My book (Knowing the Score) was a big moment for me,’ she says. ‘It allowed me to share the backstory. I had been so slammed by the media as a pushy mother. I found myself being criticised for being supportive and competitive when watching Jamie and Andy.

‘Why is she there? You find yourself apologising for supporting your kids.’

Murray talks of pieces of wisdom dispensed to her as ‘gold dust’. She does not hoard it. ‘Part of the purpose of Driving Force is to tell aspiring athletes and their parents what they may encounter along the road,’ she adds.

‘I did not have a clue what was ahead of me when the boys started to compete at a high level. There is the cost, the impact on the family as a whole, the decisions that have to be made with no guarantee of success. It’s tough. Nobody helped me prepare for that. I had to learn on the job, sometimes by making mistakes.’

The athletes, too, want to explain precisely what they suffered — from depression, anxiety to self-harm — and how they emerged on the other side. ‘I have lived through it,’ she says. ‘So I could relate to much of their journeys.’

WHAT next? It was the question that gently dogged a mother of two young boys when she descended on her local tennis club after returning home from a spell staying in Glasgow. Murray talks of the “Mum’s Army” that gathered there to organise activities for a growing band of kids three decades ago. 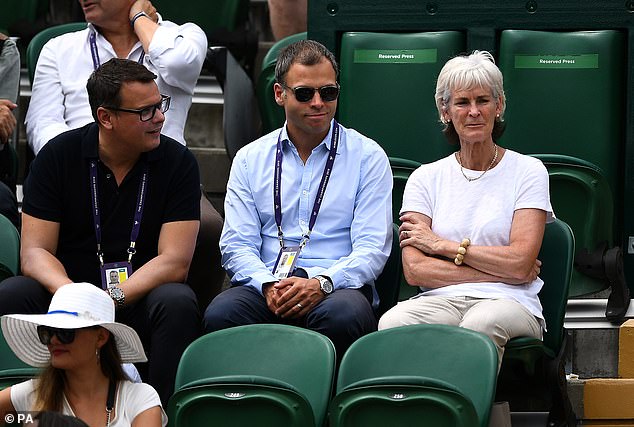 ‘It showed me the importance of community, of bringing like-minded people together to create a great environment,’ she says.

‘If I had my time again, I would do the same because it worked. You can only do so much on your own but you can do so much more with an army around you. That’s what it felt like.’

Her influence spread, of course. There is the celebrated story of Murray taking a bunch of kids to a Davis Cup tie in Birmingham in a van. The passengers included four future Davis Cup players (the Murray brothers, Jamie Baker and Colin Fleming) and a future Fed Cup player (the late, lamented Elena Baltacha) The Judy Murray philosophy thus worked in producing elite players.

‘Competing is a big thing,’ she says. ‘What is the fun in endless coaching sessions without playing the game competitively? And that is what I see a lot of now. There is too much spoon-fed coaching. It is like coaching has become the thing rather than competition.’

The Judy Murray Foundation, though, focuses not on producing elite players but on bringing the sport to disadvantaged areas.

Murray can be spotted in the player’s box at Grand Slams and on the glossy pages of magazines but she is in her element on rainy days on red blaes in Maryhill or on a rudimentary surface in Drumchapel where sleet and snow fail to stop play.

‘I have a little army of ambassadors,’ she says. ‘We cannot cover the whole of Scotland but we do what we can. If Tennis Scotland is to capitalise on the profile and success of Andy and Jamie, we need more courts in public places, more in state schools. So many courts have disappeared from our public parks.’

Her proposed centre at Park of Keir, near Stirling, is an attempt to provide a legacy and a base to grow both local participation and build a workforce that will secure the long-term success of tennis in Scotland. The design is in the process of being signed off with Stirling Council after a tortuous process. The centre, she hopes, could be up and running within ‘the next couple of years’. 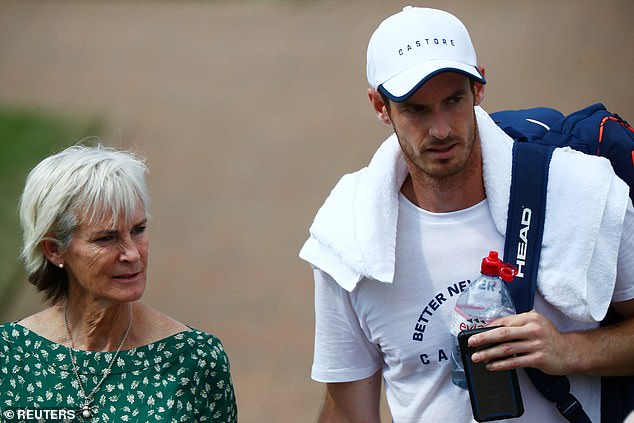 She talks of the importance of ‘big numbers’, attracting kids from all backgrounds. ‘It needs to be fun and it needs to be doable,’ she says. ‘We have to create an environment that is affordable and accessible.’

The serious purpose is bluntly put. ‘I have that experience in the bank but I can’t take it with me,’ she adds. ‘I want to pass it on. I want to find coaches who really want to learn and invest in them. It is incredibly important to me that I leave a legacy in terms of a great workforce and, of course, we should have a centre of national significance for Scotland.

‘For God’s sake, two world No 1s… come on. We should have something lasting to show for that.’ And what of those erstwhile No 1s? What has she learned from the trials, tribulations and triumphs of Jamie, who at 34 has seven Grand Slam titles, and Andy, who at 33 has three Grand Slams and two Olympic gold medals?

‘They play tennis very differently from each other, so they are a great example of one size doesn’t fit all,’ she says. ‘They show the importance of knowing your athlete as a person, understanding their physicality and their game styles.

‘They also illustrate why you shouldn’t compare yourself with someone else. I tell all young players: “You are different. Don’t be obsessed with someone who trains alongside you or somebody who is the best in the county”. The good coach is the one who says: “This is all about you getting a little bit better than you were yesterday”. Everybody has their own path.’

Murray is very proud that Jamie organised the Battle of the Brits events that invigorated an otherwise bereft British tennis season. 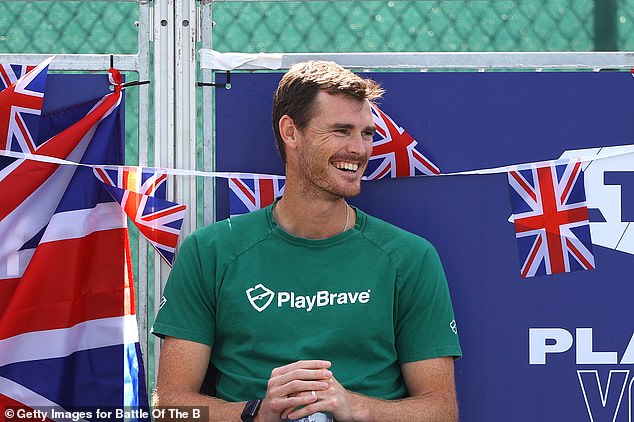 ‘Jamie has achieved enormous things and he has in some ways flown under the radar and that suits him quite nicely,’ she says.

‘The work he did on the Battle of the Brits is all about him understanding what was needed and he got off his butt and did something about it. He didn’t wait for somebody else to do it. That all goes back to a love of the game.’

And what of Murray minor? ‘I listen to Andy talking about gender equality and, because he does it consistently and in a measured way, he is held in high regard by the female players because, sadly, the male voice carries more weight.

‘People sit up and take notice because it is him. That makes me proud. He has seen first hand how difficult it can be for a woman coach to be taken seriously in a man’s world.’

Jamie is in Australia for another tilt at the Australian Open men’s doubles title he won in 2016. Andy has been ruled out of the event after a bout of Covid left him unable to travel due to quarantine rules. Of Jamie, she says simply: ‘He can go on being very successful for a while yet. Doubles players can play on into their 40s.’ 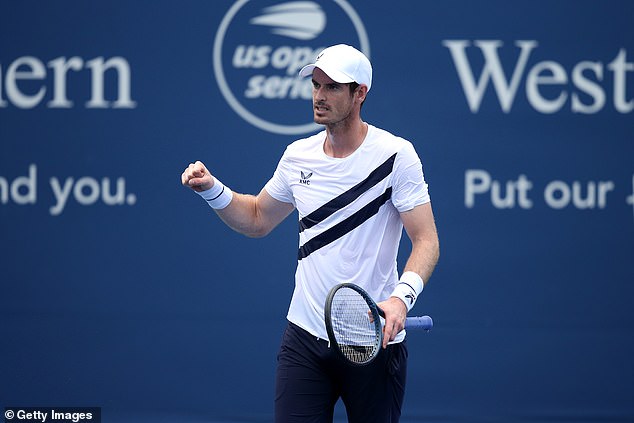 Andy has engineered a comeback after being given a rapturous but premature send-off in Melbourne in 2019. ‘I don’t think he ever came out and said goodbye,’ she says. ‘He has tried everything to get himself back. He needs a run of matches. Whether it’s been the Covid crisis or a niggle, it has been a bit stop-start for him in the past nine months.

‘He’ll go on for sure for as long he feels he can compete at the top level. Never write him off. People should know that by now.’

They know it of Jamie too. And of the mother who wandered down to a tennis club and wondered: ‘What next?’

Olympics 2020: Japan declare state of emergency in Tokyo with less than 200 days to go