‘He deserves an Oscar’: Patrice Evra claims Ezgjan Alioski made the most of Nicolas Pepe’s headbutt

‘He deserves an Oscar’: Patrice Evra claims Ezgjan Alioski made the most of Nicolas Pepe’s mindless headbutt after Arsenal forward was sent off during stalemate with Leeds at Elland Road

By Spencer Morgan For Mailonline

Patrice Evra has questioned Ezgjan Alioski’s reaction to the headbutt which saw Nicolas Pepe sent off during Sunday’s draw between Arsenal and Leeds.

The two players exchanged pushes in the early stages of the second half before Pepe went too far, leaning his head into Alioski who quickly fell to ground.

Referee Anthony Taylor stopped play as the North Macedonian stayed down holding his face and then brandished a red card after reviewing the incident on the pitch-side monitor. 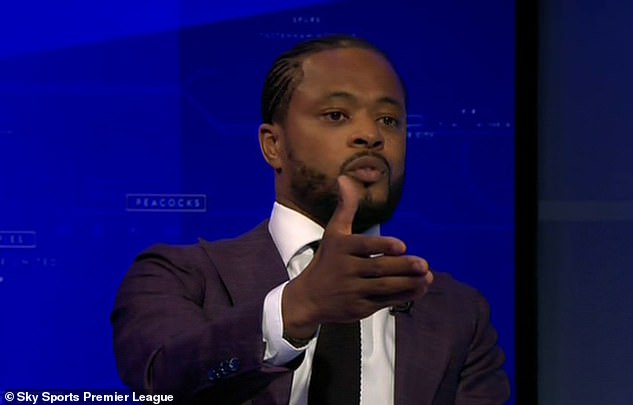