Inter Milan midfielder Arturo Vidal has insisted he didn’t intentionally kiss the Juventus badge ahead of the Derby d’Italia on Sunday night, claiming it was just a “show of affection” for Giorgio Chiellini.

The Chilean midfielder came under fire after footage prior to Inter’s win against Juventus showed Vidal appeared to be kissing his former club’s badge on Chiellini’s warm-up top.

Vidal and Chiellini were teammates at Juventus between 2011 and 2015, helping the club win four Serie A titles before Vidal joined Bayern Munich.

Arturo Vidal (R) denied kissing the Juventus badge on Sunday night, insisting that it was “a show of affection” for Giorgio Chiellini (L). 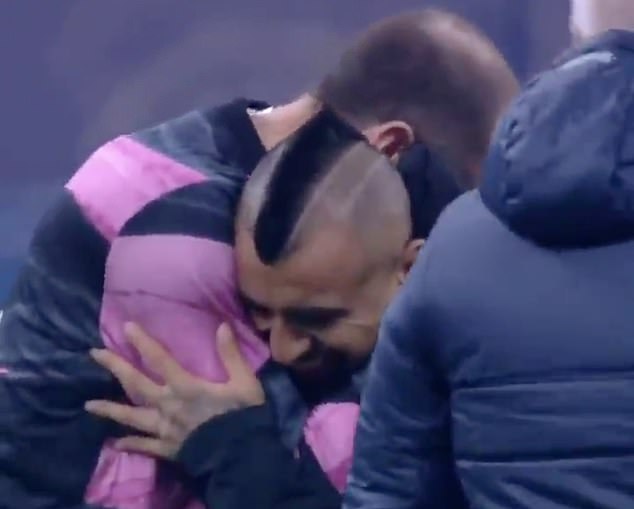 The duo embraced ahead of the game at the San Siro before Vidal kissed the Italian defender wearing the Juventus badge on the chest.

However, Vidal insists that this had nothing to do with a tribute to his former club and was simply out of affection for the 36-year-old defender.

“I never intended to kiss another team’s crest,” he wrote on Instagram.

‘The kiss was a show of affection for a brother (Chiellini) who gave me soccer, whom I lived with for wonderful years and who we love.

“I respect my team, our fans and the people who trusted me to defend and expand the history of this beautiful club.”

However, fans weren’t happy with Vidal. One declared the incident “thoughtless” when they criticized him on social media. 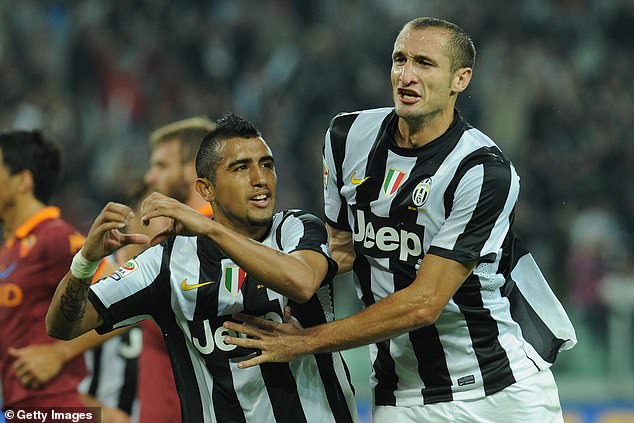 In his autobiography last year, Chiellini showed that Vidal has a “weakness” for alcohol

The fan wrote: “After that thoughtless incident where he accidentally (?) Kissed Juve’s badge, Arturo Vidal had better not cost the game. Otherwise, this fan base will drive him off the Italian mainland.”

Another tweeted: “Vidal played an absolute striker in the first half and didn’t complain at all because we’re up front but you still don’t kiss your rival badge before kick-off before you play them. People probably expected that they play the opposite. “

But you saw the irony behind the train and wrote: “Everyone who freaks out that Vidal kissed the Juve badge before the game, I think he only kissed it goodbye before he scored the winner for inter.”

In his autobiography, published last year, Chiellini revealed that Vidal had a “soft spot” for alcohol and recalled a time when Antonio Conte was on the verge of removing him from the roster.

He wrote: “I still remember a tour in the US before the season. We were in Miami the night before our last training session and were given indoor tickets.

The next morning Arturo was nowhere to be seen. He was in bed and had to be physically pulled out.

‘We also tried out our new training equipment that day. We were all dressed in black in the 40 degree heat. (Antonio) Conte couldn’t wait to kick him off the roster and make an example of him.

“Instead Arturo ran like crazy after 10 minutes, when he looked drunk and didn’t even see the ball go by, beating everyone else by 20 meters.” 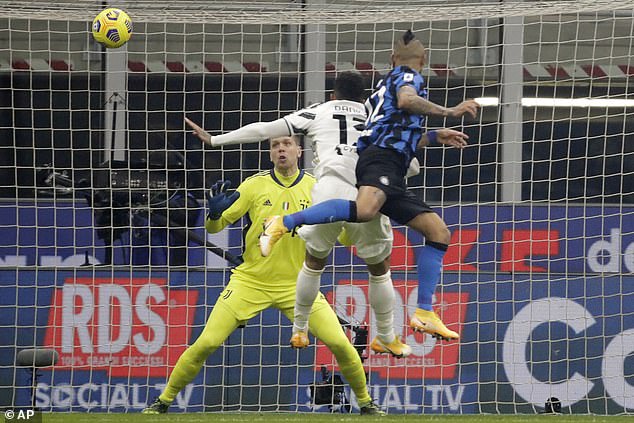 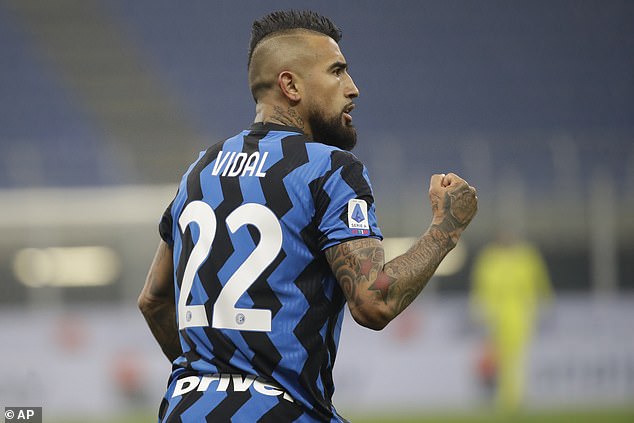 The result leaves Inter with 40 points on the table leaders AC Milan, who play on Monday

Vidal had a great night scoring his first league goal for Inter when he scored a welcoming cross from Nicolo Barella after 12 minutes.

Conte’s team earned a deserved second after the break when Barella raced for a long pass from Alessandro Bastoni and clinically drove into the top corner. After that, the victory was never in doubt, as Juve was not threatened with a comeback.

The win put Inter at the top of Serie A and undermined the Turin club’s hopes of retaining their title.

It was also Conte’s first Serie A win on his fourth attempt against the club he represented as a player and coach. The result leaves Inter with 40 points at the level of the league leaders AC Milan, who will visit Cagliari on Monday.

Juventus have one game against Inter but are fifth with 33 points, giving Andrea Pirlo’s side plenty of ground to look for a tenth consecutive Serie A title.

“Juve have won the Scudetto for many years but we have shown that we are on the level to fight for the title,” added Vidal.

‘This success gives us the confidence to keep working hard and thinking about winning the league. We think we can go all the way. ‘

Should a runny nose be added to the official Covid-19 symptom list?