By Chris Jewers For Mailonline

An elephant was burned alive after thugs set it on fire when it approached a private resort in southern India.

Two men have been arrested and a third is wanted, after they allegedly threw burning rags at the elephant, with the disturbing scenes being captured on video.

Police have said an investigation has been launched into the attack, that occurred in the Nilgiris district of Tamil Nadu in southern India.

It took place near a private resort, where a group described as ‘miscreants’ tried to shoo the elephant away that was in the middle of a street by throwing burning cloth.

As the video shows, recorded from a balcony of a nearby house, the fire catches on the right side of the elephant before it runs towards the jungle, trumpeting in pain. 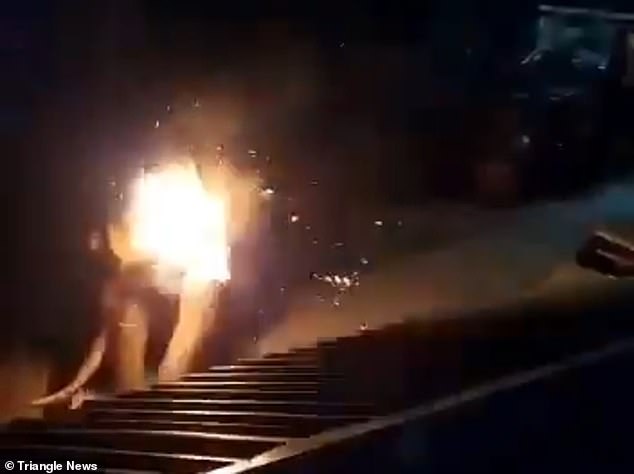 Pictured: An elephant was set on fire in southern India as a group of men tried to shoo it away from a private resort. Police have said an investigation has been launched into the attack

Within moments, the panicked elephant disappears into the wilderness, but the fire can still be seen burning bright through the darkness.

People can be heard shouting in the video, although it is unclear if they are shouting because the elephant is on fire, or in an attempt to shoo it away.

Tragically, the 40-year-old elephant suffered serious burn injuries near its ears and died on Tuesday while it was being transported on its way for treatment by officials.

It was reportedly found by forest rangers in a very weak condition, and was being transported to an elephant sanctuary when it died. 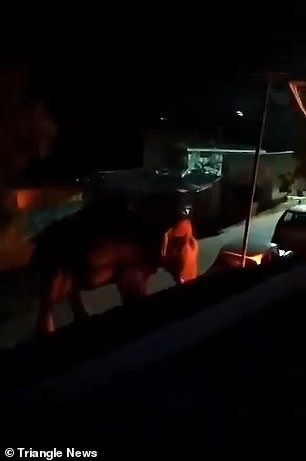 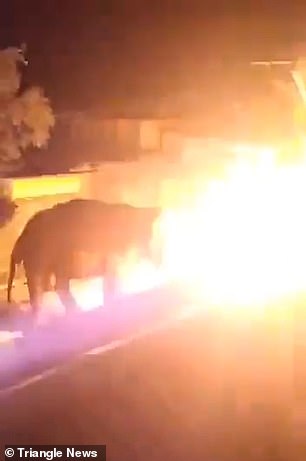