Australian soldiers stand accused of murdering 39 people in Afghanistan as part of a campaign of cruelty against prisoners while on tour in the war-torn country.

The damning findings were outlined in a major report into alleged Australian war crimes in Afghanistan made public on Thursday.

The four-year inquiry uncovered a ‘shameful record’ of unlawful killings which took place outside the ‘heat of battle’, including cases where new patrol members were told to shoot a prisoner to achieve their first kill in an ‘appalling practice’ known as ‘blooding’.

There was also evidence that troops took part in ‘body count competitions’ and covered up illegal killings by staging skirmishes, planting weapons and retrospectively adding names to target lists.

One particular incident, wholly redacted in the report, was described as ‘possibly the most disgraceful episode in Australia’s military history’.

The 465-page document, which blames the killings in part on a ‘warrior hero’ culture among special forces, recommended that 19 people face criminal investigation and called for sweeping reforms to Australia’s military.

After 9/11, more than 26,000 Australian personnel were sent to Afghanistan to fight alongside US and allied forces against the Taliban, Al-Qaeda and other groups.

In recent years, a series often-brutal accounts have emerged about the conduct of elite special forces units – ranging from reports of troops killing a six-year-old child in a house raid, to a prisoner being shot dead to save space in a helicopter.

Another incident involved two 14-year-old boys who were stopped by SAS, who decided they might be Taliban sympathisers.

The boy’s throats were allegedly slit and their bodies bagged and thrown in a nearby river.

Australian Defence Force chief Angus Campbell said some Australian patrols had ‘taken the law into their own hands’, adding that ‘rules were broken, stories concocted, lies told and prisoners killed’.

General Campbell said ‘none of the alleged unlawful killings were described as being in the heat of battle’.

One of the killings was described in the report as ‘possibly the most disgraceful episode in Australia’s military history’ but details were completely redacted.

‘I can’t speak to the particular circumstances,’ General Campbell said.

‘That is why it is redacted. But Justice Brereton does describe something that is utterly disgraceful. It is right that it needs legally to be redacted. In time, in the time of history to be written, it is shameful.’

He apologised for the unlawful killings of prisoners, farmers and other civilians, adding that the troops involved had brought a ‘stain’ on Australia.

‘To the people of Afghanistan on behalf of the Australian Defence Force I sincerely and unreservedly apologise for any wrongdoing by Australian soldiers,’ he said.

‘And to the people of Australia, I am sincerely sorry for any wrongdoing by members of the Australian Defence Force.’ 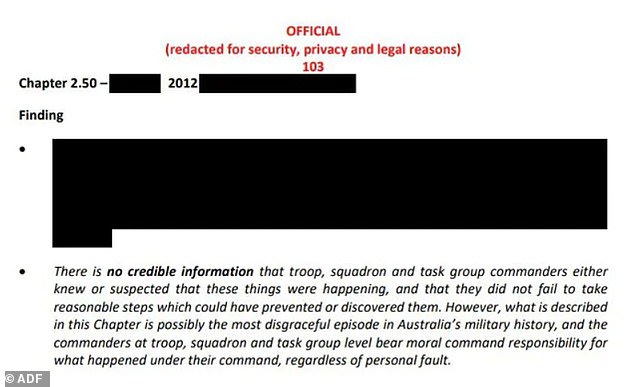 One of the killings was described in the report as ‘possibly the most disgraceful episode in Australia’s military history’ but details were completely redacted (Pictured: Chapter 2.50 of the Afghanistan Inquiry report)

He went on to outline how the ‘self-centred warrior culture’ had led to ‘cutting corners, ignoring and bending rules’.

‘Cutting corners, ignoring and bending rules was normalised. What also emerged was a toxic, competitiveness between the Special Air Service Regiment end of the second commando Regiment,’ he said.

Since 2016, the Inspector-General of the Australian Defence Force has examined allegations of war crimes by Australian special forces in Afghanistan.

Blooding: There was evidence junior soldiers were required by their patrol commanders to shoot a prisoner in a practice known as ‘blooding’ to achieve their first kill.

Throwdowns: Credible evidence suggests some soldiers carried ‘throw downs’, where they left weapons and military equipment on a victim to make it appear the person killed was a legitimate target.

Justice Brereton found there was credible evidence of 23 incidents in which a total of 39 Afghan nationals were unlawfully killed.

He identified another two instances where prisoners were treated cruelly by elite Australian troops.

A few of the Afghan nationals killed were not participating in hostilities, while the majority were prisoners of war.

‘None of these are incidents of disputable decisions made under pressure in the heat of battle,’ the report said.

‘The cases in which it has been found that there is credible information of a war crime are ones in which it was or should have been plain that the person killed was a non-combatant.’

Dozens more allegations investigated could not be substantiated.

Justice Brereton also found there was credible evidence some soldiers carried ‘throw downs’ such as weapons and military equipment to make it appear the person killed was a legitimate target. 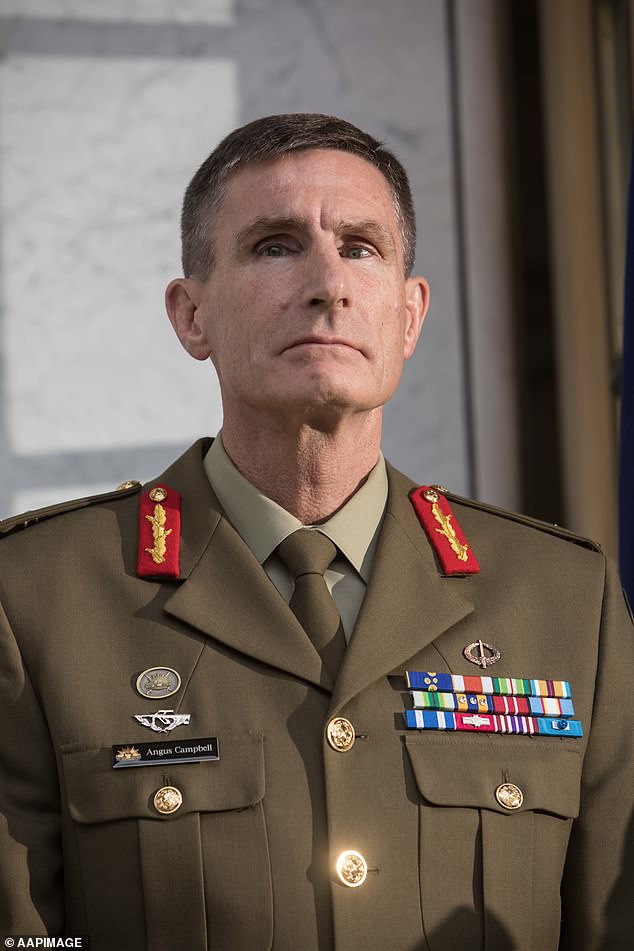 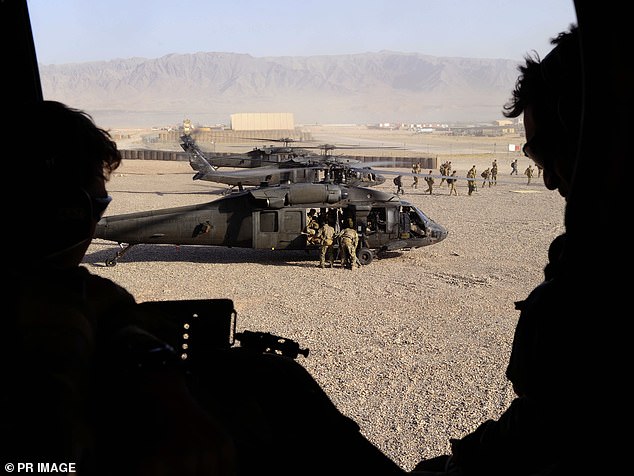 As well, there was evidence junior soldiers were required by their patrol commanders to shoot a prisoner in a practice known as ‘blooding’ to achieve their first kill.

‘Throwdowns’ – weapons, radios, or other equipment – would be placed with the body and a ‘cover story’ was created for the purposes of operational reporting and to deflect scrutiny.

The inquiry has recommended the chief of defence refer 36 matters to the Australian Federal Police for criminal investigation.

The matters relate to 23 incidents and involve 19 individuals.

Justice Brereton placed the greatest blame on patrol commanders, believing they were most responsible for inciting or directing subordinates to commit war crimes.

‘It was at the patrol commander level that the criminal behaviour was conceived, committed, continued, and concealed, and overwhelmingly at that level that responsibility resides,’ the report finds.

The report also points the finger at senior SAS figures who ’embraced or fostered’ a so-called ‘warrior culture’ which was embraced by some of the patrol commanders.

‘Special Forces operators should pride themselves on being model professional soldiers, not on being warrior heroes,’ the judge says. 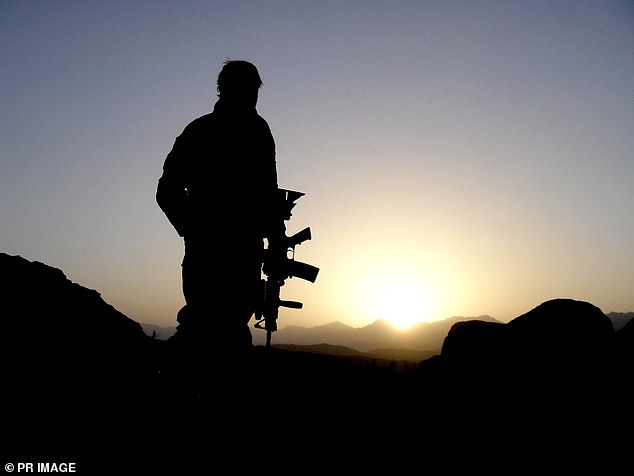 The report recommended administrative action be taken against some serving ADF personnel where there is credible evidence of misconduct, but not enough for a criminal conviction 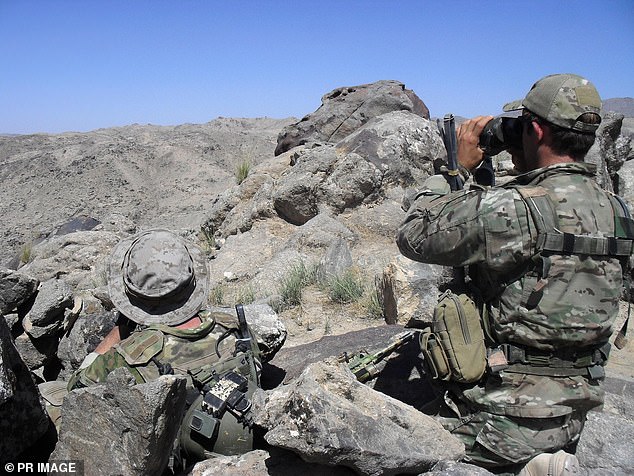 Key findings from the report:

The position is yet to be filled.

Morrison last week told Australians to brace for the ‘honest and brutal truths’ in the document, and called Afghan president Ashraf Ghani to warn him of ‘disturbing allegations’ that the government was taking ‘very seriously’.

Ghani’s office said Morrison had ‘expressed his deepest sorrow over the misconduct’.

The report recommended administrative action be taken against some serving ADF personnel where there is credible evidence of misconduct, but not enough for a criminal conviction.

‘This will be an important step in rehabilitating Australia’s international reputation, in particular with Afghanistan, and it is simply the right thing to do.’

As well, the inquiry recommended various service medals be stripped away from some individuals and groups.

‘It has to be said that what this report discloses is disgraceful and a profound betrayal of the Australian Defence Force’s professional standards and expectations,’ the report said.

‘We embarked on this inquiry with the hope that we would be able to report that the rumours of war crimes were without substance.

‘None of us desired the outcome to which we have come. We are all diminished by it.’ 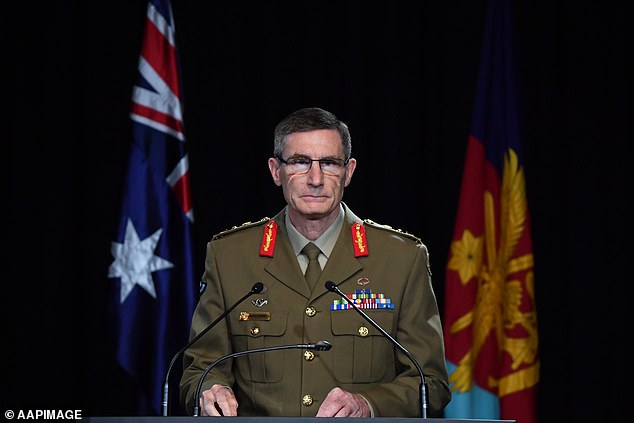