‘In England and Scotland they tell refs to f*** off all the time!’: Gennaro Gattuso rages at Italian referees being oversensitive after Napoli captain Lorenzo Insigne was sent off for swearing at officials

By Kishan Vaghela For Mailonline

Napoli boss Gennaro Gattuso has launched a furious attack on referees in Italy for being oversensitive after captain Lorenzo Insigne was sent off for dissent in their defeat by Inter Milan.

The Italy international was shown a straight red card by referee Davide Massa during the second half of Napoli’s 1-0 Serie A defeat on Wednesday, after reacting angrily when a penalty was awarded for Antonio Conte’s men following goalkeeper David Ospina’s foul on Matteo Darmian.

Now the Napoli boss – who was wearing an eye patch over his glasses due to a serious eye condition that flares up occasionally – believes Insigne would have avoided similar punishment in the Premier League or Scottish Premiership. 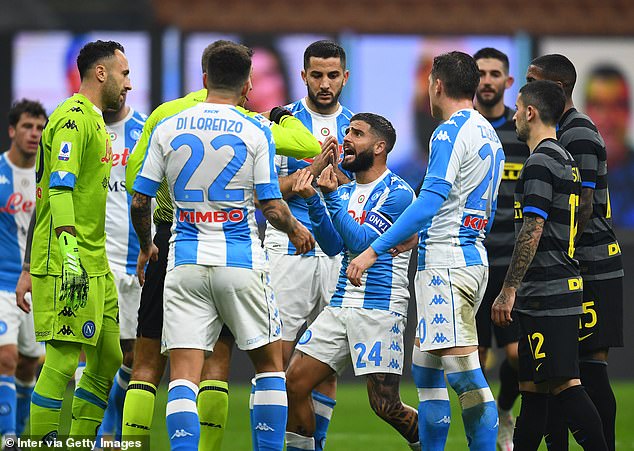 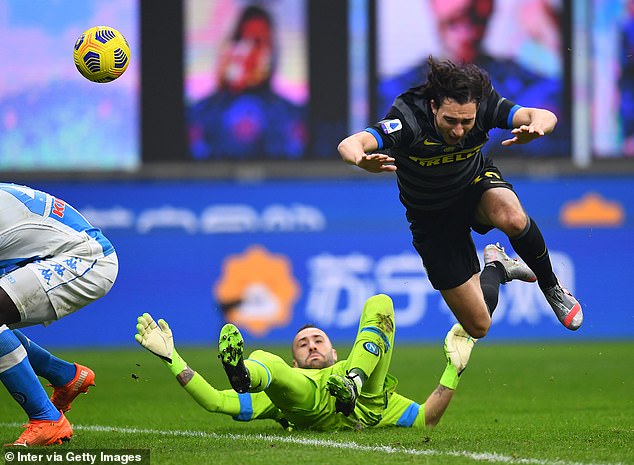 ‘This only happens in Italy,’ Gattuso told Sky Sport Italia in a visibly irritable mood.

‘I told the referee Massa that two minutes before the red card he complimented Insigne on how he was behaving as captain, then two minutes later sent him off.

‘You can’t send off a player, especially the captain, for telling the referee to f*** off after a dubious penalty.

‘In England and Scotland, they tell referees to f*** off all the time and nothing happens, only in Italy do players get sent off for this sort of thing. 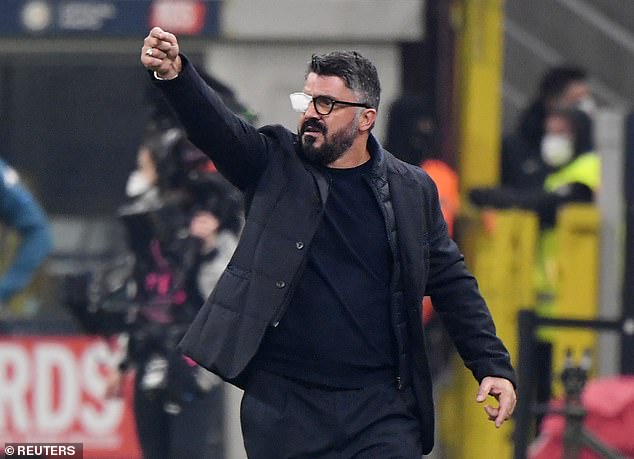